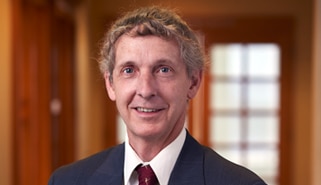 Glenn MacGilvra is the man behind the curtain at The Marshall Defense Firm.

Glenn researches the law and writes legal briefs and other papers for our clients. And he does it superbly. Glenn has opened paths for the accused that had seemed closed until he went to work.

Glenn’s background is the kind you might expect in a keen thinker and persuasive legal writer—history degree from Princeton University; law degree from Boalt Hall at the University of California at Berkeley; and prestigious law clerkships at the Minnesota Supreme Court, the U.S. Court of Appeals for the Ninth Circuit in San Francisco, and for the U.S. District Court for the Northern District of California. Glenn has also taught legal research, analysis, and writing at Boalt Hall.

Most of our clients never meet Glenn MacGilvra. But their cases are stronger because of his work.