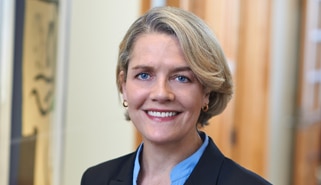 Kristina L. Selset has fought for the accused for 28 years, winning many acquittals from juries and securing favorable judgments outside of trial.

Early in her career, Kristina was selected as a “Rising Star” in a poll of Washington lawyers. She has served as a Governor of the Washington Association of Criminal Defense Lawyers, representing that organization to the Washington State Bar Association.

An honors graduate in English at the University of Washington, Kristina is also a powerful writer. She has crafted many compelling arguments for courts from the trial level to the Washington Supreme Court.

Kristina recognizes that a strong attorney-client relationship is the foundation on which the most powerful advocacy is built. She excels at building those relationships and believes that one of the most valuable aspects of this work is the connection forged with each client. Many people who find themselves caught up in the criminal justice system arrive there due to personal situations that have gone awry or because of family relationships plagued by difficulties. To be the most effective and strong advocate on behalf of her clients, Kristina takes seriously her role as a professional who listens to, counsels, and then fights for her clients.

Outside of the office, Kristina serves as a lay leader in a Unitarian church and is an avid soccer fan and cinephile.