The Internet has made it much easier for police to run sting operations. That’s why these days many people are stung.

The most popular internet sting operations create opportunities to commit sex crimes, usually sex crimes involving young people. These operations have been celebrated in TV shows such as To Catch a Predator.

A detective will go online and pretend to be either a young person offering sex or a parent offering a son or daughter for sex. The goal is to get someone who shows interest to agree to a meeting for the sexual encounter. When the person shows up for the meeting, he is arrested.

No sex ever occurs, of course, but that doesn’t mean no crime is committed. Charges that can be brought under Washington State law include attempted rape of a child, communication with a minor for immoral purposes (CMIP), and (if the target has agreed to pay money to the fictitious young person) commercial sexual abuse of a minor (CSAM).

The Unfairness of Internet Stings

Most Internet stings originate with ads the police place on websites, such as Craigslist. The ad proposes a sexual encounter but does not say the sex will be with someone underage.

Only after someone responds to the ad does he get word that the encounter would be with someone underage.

Police and prosecutors justify leaving age out of the ad by saying that the websites they use don’t allow ads for illegal activity. They also point out that most persons who respond to the ad break off communication when they are told underage sex is on offer.

These things may be true, but they ignore the psychological frailty of some persons using the Internet. For some persons, once they become interested in what looks like a legitimate offer, it is difficult to reverse course when they get different information. Also, some persons have psychological challenges that make it difficult to break off a conversation—and detectives frequently reach out to revive a conversation if a target goes silent on them.

“Proving” the Age of Someone Who Doesn’t Exist 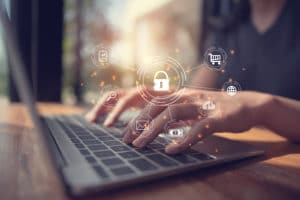 Even though no illicit sex occurs or even could have occurred—since the police were in complete control throughout—these cases pose serious threats to the liberty, reputation, and livelihood of the persons accused. Anyone caught in a sting operation should seek an experienced and highly skilled attorney right away.

Developing a defense for trial is especially difficult in these cases because the police orchestrate the events that produce the supposed crime. The detective’s goal is to eliminate all possible defenses before the target of the operation knows a sting is underway. This is usually done through conversation with the target by Internet, text, or phone call. For example, the detective may seek to get the target to acknowledge that he knows he’s being offered sex with a 14-year-old.

Another police tactic is to ask the target to bring certain sex toys or a certain amount of cash to the meeting. If the target has that amount of cash or those toys with him when he’s arrested, his odds of prevailing at trial decrease.

But there is always something a skilled defense attorney can do to help the accused. Sometimes the police aren’t careful enough. Sometimes they make the arrest without first closing off all avenues of defense.

And even if there is no promising defense for trial, plea-bargaining and sentencing advocacy can make a big difference for the accused’s future. Anyone arrested needs an attorney who brings skill and energy to all phases of his case.

Entrapment is a complete defense; it rebuts the entire case against the defendant. In order for a defendant to be acquitted due to entrapment, the defense attorney must prove that the criminal design originated with law enforcement and that the defendant was induced to commit a crime which he did not originally intend to commit.

Many arrests for communication with a minor for immoral purposes and commercial sexual abuse of a minor originate with online undercover law enforcement operations. Typically, an officer will pose as an underage person and attempt to draw a potential defendant into sexual communication, with the goal of gathering enough evidence against the defendant to make an arrest.

While some forms of covert police operations are legal (using false identities, informants, etc.), police are not entitled to force or pressure otherwise law-abiding, innocent people into committing crimes.  Entrapment occurs when law enforcement crosses this line and induces or lures an innocent person to break the law, even though that person would never have committed the crime in the absence of police interference. 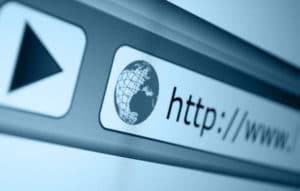 Some of our clients have told us they never had any intention of having sex with someone underage. Some say that, on the contrary, they hoped to rescue the youth from a bad situation. Others say they suspected a sting operation and were merely checking it out by showing up for the meeting.

These defenses can work at trial. The challenge for the defense attorney is to reconcile them with the other evidence.

Then there’s our experience. For decades we have defended special-assault cases like internet sting operations. From that and our on-going study of the law, medicine, and psychology involved in these cases, we have exceptional skill.

If you or a loved one needs services like ours, contact us at 206.202.1633 or solutions@marshalldefense.com for an appointment.