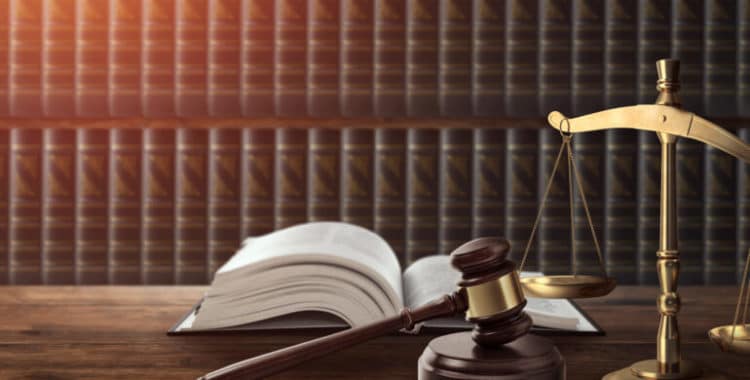 Many sexual abuse accusations are presented through a criminal case. If the defendant is found guilty, these cases usually end with prison time for the accused. The defendant might also have to pay monetary restitution for damages the accuser suffered.

But many sexual abuse cases also make their way through the civil court system. Often, criminal cases or convictions are followed by a civil claim for the same abuse. Defenses and standards of evidence can significantly differ. But even so, the stakes are still high for the accused. If you or a loved one is defending against a civil claim of sexual abuse, there are some key differences you should keep in mind.

In criminal cases, the harshest outcome the accused can suffer is prison time. For a crime as serious as sexual abuse, a conviction can mean facing years or even decades behind bars. Many cases will end up with a plea bargain, where the defendant admits guilt, sometimes for a lesser crime, in exchange for spending less time in custody than they would’ve faced had they lost at trial.

Alongside a prison sentence, an offender can be ordered to pay monetary restitution to the victim. However, criminal restitution only covers out-of-pocket expenses, such as for therapy and medical treatment. Restitution cannot include intangible losses, such as pain and suffering.

Civil cases are different. These cases have no risk of jail time, with only money and reputation at risk. The accuser (the “plaintiff”) seeks monetary compensation for the alleged abuse. These damages include out-of-pocket expenses, but also allow recovery for intangible harm. The most common intangible harm recovered is for pain and suffering caused by the abuse.

Intangible losses usually make up the majority of money sought.

Plaintiffs are usually represented by their attorneys on a contingency basis. Lawyers working on contingency will earn a percentage of the whatever amount is obtained, either through a negotiated settlement or trial, usually with no up-front payment.

If a civil defendant was criminally convicted and ordered to pay restitution, the amount paid as restitution will be credited towards any civil award. Defendants won’t be forced to pay twice for the same harm.

Civil cases can, and usually do, end in a negotiated settlement. These settlements end the case by having the defendant pay less than what the plaintiff would seek at trial. The amount paid depends on many factors, including the attorneys’ relative skills as negotiators.

Due to the threat of jail time, the burden of proof for the accuser in a criminal trial is “beyond a reasonable doubt.” This standard requires the prosecutor to prove with near certainty that the defendant committed the sexual assault or sexual abuse.

Meanwhile, civil cases give the plaintiff the burden of proving the defendant sexually abused them “by a preponderance of the evidence.” In other words, the plaintiff only needs to show it is more likely than not that the defendant committed the abuse. Proving it is more likely than not is a far lesser task than proving it beyond a reasonable doubt.

The accused should keep that standard in mind when considering how to proceed—for example, what position to take in settlement negotiations. Something that might create reasonable doubt in a criminal trial may not make a difference in civil court. Settling the case is a lot more attractive if the risk of loss is large.

The Fifth Amendment to the Constitution grants persons the right to not  to say anything that might incriminate them. This applies everywhere, including both criminal and civil trials and depositions.

But there is an important difference between criminal and civil trials in the consequences of a defendant’s exercising the right not to answer questions that might incriminate them. In a criminal trial, the jury is not allowed to draw any inference from the choice to remain silent.

In a civil case, though, the jury is allowed to draw an adverse inference from the choice to remain silent. The jury can infer that the defendant has refused to answer because indeed they committed a crime for which they hope to escape responsibility..

This difference can be especially important if there is both a criminal and civil case for the same accusation of sexual abuse. The accused will probably want to complete the criminal case, where choosing to remain silent cannot be held against them, before being called on to testify in the civil case, where it can. To permit this, the judge in the civil case can choose to stay, or suspend, civil proceedings until criminal proceedings end. As decided in King v. Olympic Pipe Line Co., the judge looks at a variety of factors, such as whether prosecution has started or is likely to start soon.

The question in a criminal sexual assault or sexual abuse case is whether the defendant assaulted or abused abused the accuser. This question is also fundamental in civil cases. But it is only one of the two fundamental questions in a civil case.

Sometimes the defendant in a civil case has already been convicted of abusing the victim. In this situation, there is no (legal) question whether the abuse occurred. Instead, the only fundamental question is the second one: how much harm did the plaintiff suffer, and how much should the defendant pay to compensate for the harm? Often, the defense will claim that the plaintiff has not suffered as much as they claimed they have.

If whether the abuse happened is in dispute, the defense typically makes both arguments: that the abuse didn’t happen, and that, even if it did, the plaintiff did not suffer as much as they say. Presenting both arguments at once can seem contradictory, so the lawyer needs to plan carefully how to present them.

Criminal sex cases usually have only one defendant: the person accused of sexual assault or sexual abuse. But civil cases can also involve defendants that contributed to the abuse indirectly. For example, the defendant’s spouse can be accused of negligence in failing to prevent the abuse from occurring. This is sometimes done to get at the spouse’s insurance company’s “deep pocket”; insurance does not cover intentional acts, but it often covers negligence.

Sometimes institutions that serve youth, such as schools, scout organizations, and sports clubs, are defendants. They can be liable for abuse committed by any one of the adults working for them. Again, monetary reasons play a role. Institutions can pay large awards that most individuals cannot.

Getting The Help You Need

These are just a few of the key differences between civil and criminal cases alleging sexual assault and sexual abuse. Regardless of which kind of case someone faces, it is difficult and stressful. Presenting the strongest defense in a criminal or civil case requires an attorney with experience and expertise in sexual assault and sexual abuse cases.

If you or someone you know is facing such an accusation, the Marshall Defense Firm can help. You can contact us at 206.826.1400 or solutions@marshalldefense.com to schedule a consultation.