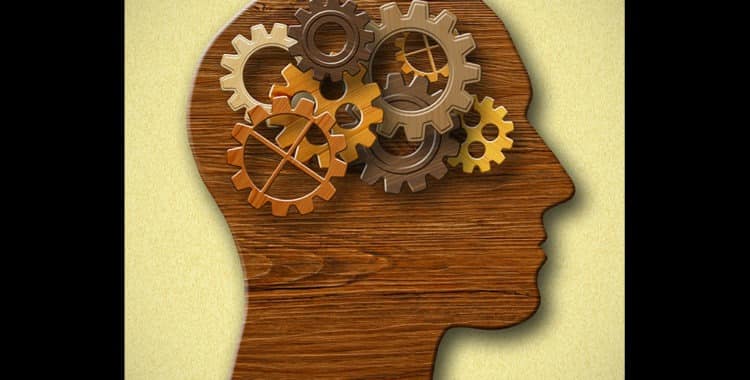 The Abel Assessment for Sexual Interest—AASI—is a computer-based test used to measure a person’s sexual interests, especially towards children. Developed by Dr. Gene Abel over the last two decades, it is regularly used to help decide the fates of people accused of sex crimes in probate and parole decisions, custody battles, and criminal trials.

According to Abel, the test—which he licenses and scores through his company Abel Screening, Inc.—has been administered more than 170,000 times. It consists of answering a lengthy questionnaire and viewing on a computer, twice, a series of 160 slides of people in different situations. The computer measures the subject’s “visual reaction time.” The basic theory behind showing the slides is that the longer a person looks at an image, the greater their sexual interest in its content.

AASI, like the polygraph, the penile plethysmograph, and other tools clinicians use to assess a person’s sexual inclinations, has generated much debate.

In his article entitled “The Sex-Offender Test,” Maurice Chammah takes an in-depth look at the controversy as he describes one man’s experience with AASI in his fight for joint custody of a daughter.

Chammah observes that many of the questions about the test revolve around exactly what it’s supposed to be measuring. Abel argues that it’s more complex than how long someone looks at an image, but, according to Chammah, the researcher has published few details to buttress this claim.

In fact, notes Chammah, a small but vocal chorus of professionals and academics have criticized the AASI because of the paucity of peer-reviewed research on it. According to this group, “almost every scientific article about the usefulness of the questionnaire and the test of ‘visual reaction time’ has been written by Abel and those who work directly with him.”

University of Wisconsin psychology professor Robert Enright, who Chammah interviewed for his story, expressed surprise at the dearth of published research on AASI in a 2012 paper. Using the psychology search engine PsychInfo, he was able to turn up “only five peer-reviewed journal articles” on the test along with a handful of unpublished doctoral dissertations—not enough to give him confidence “that the scale has strong and enduring psychometric properties for use in predicting a particular person’s sexual interest.”

Enright also noted the narrow scope of these studies, and that all of them focused exclusively on diagnosed or convicted sex offenders.

Enright concluded his review by recommending that the AASI not be used to decide who is or will become a sexual offender because its utility for that had not been demonstrated and “because people’s reputations and lives are at stake here.”

One reason for the sparse research on AASI outside of that conducted by Abel himself may be the difficulty—perhaps the impossibility—of obtaining the program for the sole purpose of rigorously assessing it. When Chammah asked Abel if he could take the test, he was turned down:

“Though Abel freely discussed the history of the test, he was very protective of specific details, arguing that if too much information gets out to the public, real child molesters can figure out how to beat the test.”

Abel’s response highlights another charge critics have leveled at his test: that people can game it. Karen Franklin, a forensic psychologist, told Chammah she has found online forums where sex offenders openly exchanged notes on how to fool the test. She said one man wrote this:

“All you have to do … is ignore the instructions to rate your sexual arousal level to each slide, and instead respond at ‘a regular timing interval,’ which is what is really being measured.”

What have the appellate courts had to say about AASI? Based on his analysis of more than 40 court decisions, Chammah observes:

“As judges in the nation’s courts of appeals have been asked to vet the assessment’s credibility, they have come to widely varied conclusions. Since 2000, they have condoned usage of the Abel Assessment in at least 30 instances and have challenged its credibility roughly a third as often.”

However, reached by email, Chammah clarified that court “vetting” has often consisted of merely reviewing the expert testimony provided by the psychologists using the tool for the cases:

“Most of the time, the only way these judges ‘vetted’ the assessment was by reading through the testimony of whatever expert—usually a psychologist or psychiatrist—gave the individual the assessment and testified as to the results in court. I used the word ‘condone,’ which implies a pretty broad range because a lot of times the judge didn’t examine the assessment that closely. They just said, essentially, that the original testimony about it was good enough to satisfy their requirements for ‘expert testimony.’ For those who went deeper into it, they usually referenced the ‘Daubert Standard,’ which is a leading legal precedent related to scientific testimony.”

Of course, sophisticated-appearing psychosexual tools also provide clinicians with the gravitas to market themselves to new groups of potential clients. As the forensic psychologist Karen Franklin puts it:

“Without scientific-sounding risk assessment tools, forensic psychologists in the sex offender civil commitment industry would have a hard time earning a living.”

So the professionals who use these tools have an interest in preventing studies of the tools that could debunk them.

Despite the controversy, Abel Screening has been able to expand and thrive, charging $2500 for an Abel software license and $99 to score each test. The company’s website lists more than 400 clinicians in the U.S. and abroad who license its AASI products. It has also moved into new markets with tools like The Diana Screen, “a pre-hire/volunteer risk management screen” that targets organizations who care for children and teens.

Washington state, where I have my office, has just two AASI clinicians. I have never seen AASI results, or the results of its predecessor test, used in a trial, perhaps because Washington law does not generally allow evidence of a person’s general sexual interest to prove the person committed a sex crime against a particular person.

In other states, though, the AASI may put in jeopardy the liberty and family relationships of many innocent people.