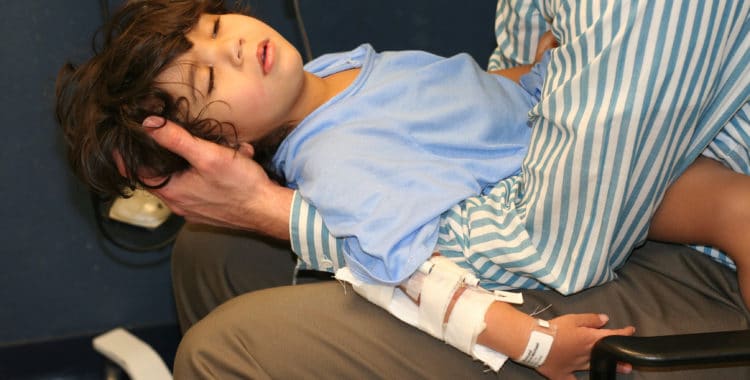 In Washington state and most other states, all medical practitioners are required by law to make a report when they suspect a child has been abused or neglected. When a child shows up in the emergency room or doctor’s office with a fracture, the attending physician will typically ask the child and whoever brought the child for a history of the injury, that is, how it happened. This will be in addition to a physical examination of the child. If the physician suspects that the injury is “non-accidental,” he or she must report it to the  Child Protective Services (CPS. ) CPS will assess the report to determine whether it meets the legal definition of abuse or neglect if it does and how dangerous the situation is. If CPS suspects child abuse, it probably will notify law enforcement for criminal investigation.

An injury may earn the label of “non-accidental” if the doctor believes it would not have happened except in the course of child abuse. There are certain types of x-ray findings more likely to be labeled as such.

In general, any fracture in a baby is likely to be viewed as suspicious because of babies’ lack of mobility.

When physicians encounter a child with a suspicious fracture, they will look for other injuries or evidence that might suggest that the fracture was non-accidental. They will likely take x-rays of the child’s entire skeleton (a “skeletal survey”) to search for signs of previous fractures. They will also do a physical examination to search for bruising, burns, and cuts.

Things that at one time appeared to be accidental and weren’t given a second thought might be looked at differently when a caregiver falls under suspicion for having abused a child—even a different child. The search for evidence of abuse often extends to siblings. In one of our cases, we represented parents suspected of causing fractures to their infant daughter. There was nothing concerning in their older, two-year-old daughter’s medical records other than a laceration she’d had around her toe months earlier. At the time, the pediatrician thought it was probably an accident that happened when a strand of the mother’s long hair had become wrapped around the toe. Once the baby’s fractures were deemed suspicious, though, this cut was also deemed suspicious.

The search for evidence of abuse almost always includes interviewing caregivers. Since a good parent or other caregiver is eager to help the doctor give the best possible treatment, they often report things they have done that they worry might have caused the injury. For example, a parent might say, “He was squirming more than usual during a recent diaper change, so maybe I used more force in the diaper change.” To a police officer or suspicious doctor, this can sound like an admission of child abuse.

Even the most “suspicious” of fractures can happen accidentally. A biomechanics expert may be able to testify about whether the injury must have resulted from a particular mechanism of injury and, in doing so, cast doubt on the prosecution’s assertion that the injury could only have been caused by an abusive act.

In some cases, it is also necessary to investigate whether there is another explanation for why the child sustained a fracture. There are a number of conditions that people are born with or acquire that cause bones to be very fragile and susceptible to fracture. Most fall in the general category of metabolic bone disorders. It’s also possible that injuries to an infant were caused by birth trauma but not found until months later.

Finally, in addition to exploring “how,” it is important to consider “who.” Parents are often the first to be blamed, but a non-accidental injury could have occurred at the hands of someone else, such as a childcare provider or another family member. In Colorado, two children were removed from their home for 15 weeks when it was discovered that the younger child, a one-year-old, had fractures in the lower leg bones. It later came to light that the child’s older sibling sometimes played roughly with her. Eventually, the State agreed to dismiss the case and return the children to their parents.

There is much at stake when allegations of child abuse are involved, and it is vital that you have a knowledgeable attorney who will explore all angles of the case to put you and your family in the best position possible.

If you are under investigation for child abuse or facing charges, the Marshall Defense Firm is here to help. Our experienced, skilled defense attorneys would be happy to discuss the matter with you. Please contact us at 206.826.1400 or solutions@marshalldefense.com to schedule a consultation.