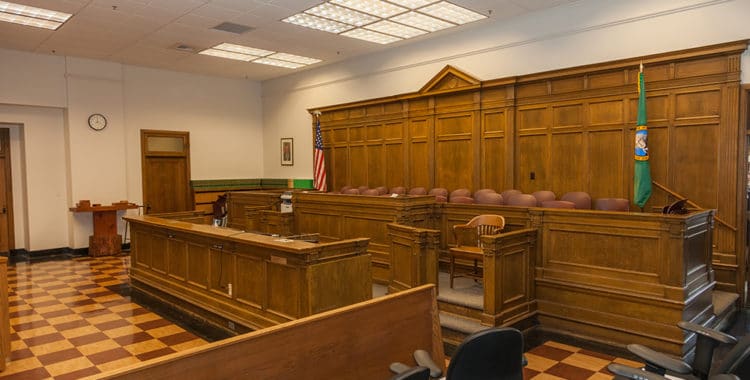 Every adult can remember doing something unwise, even dangerous, as a young person, something that he or she would never do after reaching maturity. While adolescence can be a wonderful time of discovery and development, it can also be a time of rash or impulsive decision-making, acting-out, and disregard for repercussions. Unfortunately, sometimes these qualities can lead a young person to break the law.

Since immaturity is a fact of adolescent life, it only makes sense that criminal sentencing in the adult system takes this fact into consideration when the crime occurred during the defendant’s adolescence. Promising developments in the sentencing practices of Washington State courts are beginning to take into account the relative immaturity of young brains and how young people evaluate the consequences of their actions. Washington State courts are taking a cue from social and neuroscience, tailoring sentences to address the needs of young adults and rehabilitate them for the rest of their adult lives.

How is an adolescent’s brain different from an adult’s?

While the brain reaches 90% of its adult size by the age of 6, the brain does not actually finish maturing until an individual’s mid to late twenties.

Primarily, the adolescent brain is developing its prefrontal cortex, the area of the brain responsible for “higher” functions such as planning, judgment, and impulse control. Another development occurring in the adolescent brain is the increase in myelin, a substance which helps nerves in the brain conduct electricity and therefore function more efficiently. This increase in myelin continues into adulthood, but also occurs later in the prefrontal cortex than it does in the rest of the brain.

These changes in the brain during puberty mean that the brain itself is not yet physically capable of making the kinds of mature, well-reasoned decisions an adult in the same circumstances would be.

How do these differences affect an adolescent’s behavior and decision-making?

These physical brain differences make adolescents less capable than their adult counterparts of managing their emotions, rationally evaluating their own behavior, and predicting the consequences of their actions. While every individual is different and matures at a different rate, some persons older than the juvenile court maximum age of eighteen aren’t yet able to exercise judgment or impulse control as an older adult would.

It’s common for adolescents to have their first sexual experiences during this period of life. Unfortunately, immaturity, raging hormones, and poor decision-making can sometimes lead to sexual assault accusations. Because Washington law also makes dating a kind of relationship adequate to support a finding of domestic violence, it’s also possible for a young person to be convicted of domestic violence for something done in a dating relationship.

Given these possibilities for a young person to make an immature decision and find himself in trouble with the legal system, it’s all the more important for courts to take immaturity into account when sentencing a young person in the adult system.

How can defense attorneys advocate for a young client at sentencing?

An exceptional sentence is a sentence the court may impose outside the standard sentence range for an offense if it finds there are substantial and compelling reasons for doing so. In the adult system, the exceptional sentence may mean less time—or even on time—in custody for young people whose immaturity at the time of the crime caused them to do something they would not do later.

Defense attorneys can use several different strategies to demonstrate the appropriateness of an exceptional sentence to the sentencing court in a particular client’s case:

The Marshall Defense Firm regularly represents young people facing prosecution. We always look first for a complete defense. But when guilt is undeniable, our firm is dedicated to advocating vigorously for fair sentences, sentences that will not unduly hamper a young offender’s ability to lead a mature and productive life after serving the sentence. If your adolescent needs experienced legal representation, please contact us at 206.826.1400 or solutions@marshalldefense.com. We’d be happy to discuss the case.