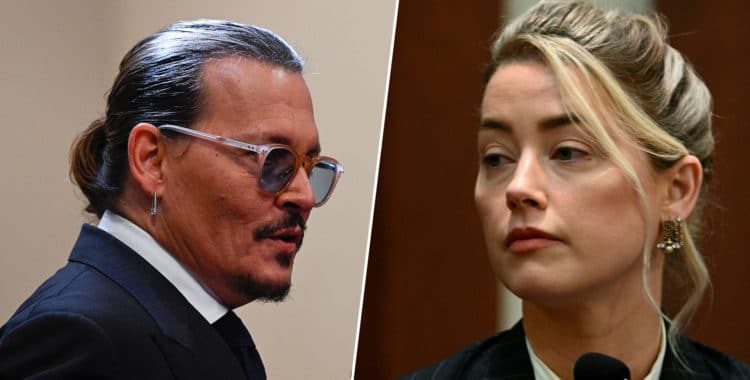 In early April, the infamous trial in Virginia between Johnny Depp and Amber Heard began. It has captured the public’s attention like few others. And it’s little wonder why.

The litigants are well known Hollywood stars. The evidence includes hidden cameras, bombastic texts, and shocking recordings. The testimonies are emotionally charged, and witnesses range from high profile actors like James Franco, to even Elon Musk, the world’s richest person. But this case is just the most recent in a long history of litigation involving the two stars, and the claims of each to having been a victim of domestic violence by the other.

Here we’ll take a look at this litigation. We’ll also consider how, if the couple had lived in Washington State, they might have used, or suffered from, Washington’s domestic violence laws.

Depp’s and Heard’s claims of defamation and domestic violence began over five years ago. The claims have already produced a complete trial in the United Kingdom, and now a second trial is underway in a Virginia court. Each member of the former couple has steadfastly claimed to have been a victim of domestic violence, defamed by the other’s domestic violence accusations.

While the verdict in England went against Depp and no decision has yet been reached in Virginia, surveys show public sentiment is strongly in favor of Depp. That a healthy middle-aged man – one famous for playing the role of a pirate, in fact – could be a repeat victim of domestic violence by his wife is hard for many to imagine. But much of the evidence points that way in this case.

From Meeting to Marriage

Johnny Depp and Amber Heard met in 2009, during the filming of The Rum Diary. They began a relationship in 2012. The couple kept it hidden at first; they revealed their relationship to the public in 2014. They were engaged not long after and married in February 2015.

Claims of abuse began soon after that. Johnny Depp was injured during the filming of the at-the-time most recent Pirates film. Rumors circulated that he’d been hurt in an argument with his wife. In March, just a month after the wedding, someone smashed glass in a violent argument between the two. Depp reportedly sliced off part of his finger and used it to harass Heard.

Domestic violence also includes other crimes (for example, burglary and stalking) when they are committed against a person in their household or whom they have dated.

From Divorce to Dispute

The marriage only lasted 15 months before Heard filed for divorce in May 2016. She cited “irreconcilable differences.” Heard requested a temporary restraining order that same month. That request raised eyebrows, as such orders typically are issued for imminent threats of harm. Depp was out of town for a movie filming, so it was difficult to see that he posed any imminent threat to her. Heard hadn’t file a police report about any actions by Depp, and she posted a photo on Instagram in which no injuries were visible. Heard retracted the allegations underlying the request for the restraining order the day before the hearing on it was to  take place. The order was denied soon afterwards.

In Washington, too, a person filing for divorce can request a temporary restraining order at the same time, based on a history of domestic violence and a reasonable belief that it may be repeated while the divorce is pending.

Washington also allows persons not involved in divorce litigation to obtain restraining orders on account of domestic violence. Such Washington orders are called “domestic violence protection orders” (DVPO’s). The process to get one is simple and quick. The person who wants such an order (“the petitioner”) goes to an “advocate” at the courthouse who helps the petitioner fill out the petition form and present it to a judge. A temporary DVPO is commonly issued the same day. There is no right for the accused (“the respondent”) to object, and typically they only receive notice after it is issued.

The one who requests an order first in a situation like Depp and Heard’s, where each accuses the other, has the advantage in Washington DVPO proceedings. When the court decides to convert the temporary DVPO to a full DVPO, it is empowered to impose many burdens on a respondent, but very few on a petitioner.

A temporary order lasts 14 days. A full court hearing is scheduled on the 14th day. At that hearing, the court receives evidence from both sides and determines whether the petitioner has proven domestic violence by a preponderance of the evidence-–that is, has proven it more likely than not did happen. A full DVPO can last a year or longer.

Since Heard withdrew her allegations before the court hearing, her order simply expired. Had she sought a second or third order against Depp, it would’ve been viewed with more scrutiny. In Washington, courts don’t allow temporary orders against the same person more then twice without a full court hearing.

The two actors finalized a $7 million divorce settlement in 2016, officially ending their marriage. But that was far from the end of the controversy.

The first lawsuit involving alleged abuse, the one in England, began in June 2018. Depp filed suit against News Group Newspapers Ltd for libel. The offending piece was an article on The Sun, provocatively entitled, “GONE POTTY. How Can J K Rowling be ‘genuinely happy’ casting wife beater Johnny Depp in the new Fantastic Beasts film?” The text of the article also called him a “wife beater.” While that phrase was removed from the online article a few days after release, it didn’t stop Depp from seeking to clear his name.

Amber Heard was involved in the case as a witness. Depp argued in the suit that he was the real victim of domestic violence, and that the newspaper published false information that he was the abuser. Evidence supporting his claims included an audio recording from Heard, where she said, “I hit you like this. But I did not punch you.” This and other evidence would later show up in the Virginia trial, four years later.

In Washington, such an admission would support his claim of domestic violence, which includes crimes like assault. In a civil case where both parties claim abuse, either side would need to prove by a preponderance of the evidence (51%+) that they were a victim of abuse.

The British court ultimately sided with The Sun (and Heard) in November 2020, ruling the allegations were “substantially true.” Depp’s appeal was denied by the Court of Appeals in 2021. In Washington, too, Depp would have had a guaranteed right to an appeal, but as in Britain, the appeal would have been limited to whether the trial judge did their job adequately; appellate courts do not reweigh the evidence to see whether the trial court got the facts wrong.

Heard would not remain silent, even while a witness in a trial. In December 2018, Heard wrote an Op-Ed in the Washington Post entitled, “I Spoke Up Against Sexual Violence–And Faced Our Culture’s Wrath. That Has To Change.” Despite not mentioning any names, the article obviously recounted her allegations against her former husband.

This led in February 2019 to the lawsuit now at trial. Depp again alleged he was defamed and the victim of a hoax. Heard counter-sued for defamation. Depp’s suit was against both the Washington Post and Heard. While in England she was just a witness, here she is one of the sued parties.

The second trial began in April. The parties reused many arguments from the English trial. They also used much of the same evidence. But much of the evidence was new, and the parties brought in more and higher-profile witnesses.

As in England, this trial is about defamation. Both Depp and Heard must prove they were victims of domestic violence to win their defamation claims. It would be quite similar in Washington; each would need to prove their intimate partner committed one of a wide set of crimes against them.

At the Marshall Defense Firm, we’ve represented many people (most of them men) who reported they were in the same position Depp claims to be in. They’ve told us they are victims of domestic violence, but they have come to use because they have been accused of being abusers themselves. Sometimes, the intimate partner who strikes first also files a DPVO petition first, getting an early advantage in litigation. This puts the true victim in a tough spot. We’re glad to have the skills to help.

If you or your loved one need help with a domestic violence charge, the Marshall Defense Firm is ready. Our attorneys are experienced and compassionate, and more than willing to discuss the matter with you. Please contact us at 206.826.1400 or solutions@marshalldefense.com to schedule a consultation.