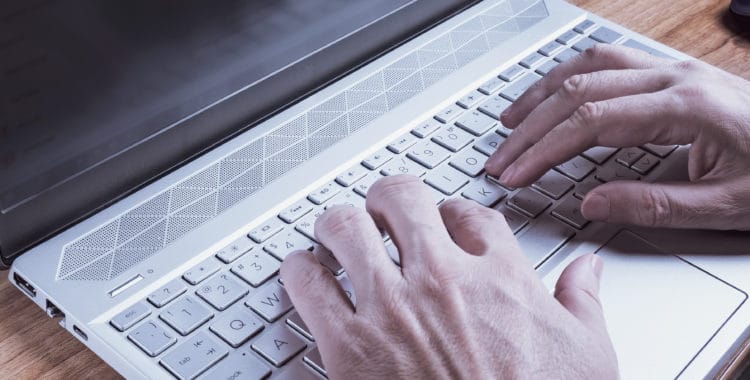 At the Marshall Defense Firm we’ve seen a disturbing new scam in recent months. These scammers prey upon persons who chat online about sexual matters with persons they’ve only met only online.

A man—let’s call him Joe–chats online with someone who identifies herself as an adult woman. The conversation turns sexual. Joe never meets the woman in person; they connect only online.

Later, Joe gets a phone call. The caller identifies themselves as a police officer. (Maybe “Detective So-and-so” or “Lieutenant So-and-so.”) The “officer” tells Joe that he was actually chatting with a young teen, and that her father found out and called the police. The father, the story goes, is angry and eager for Joe to be arrested and prosecuted.

The “officer,” though, says he’d like to save Joe from that. He thinks he can persuade the father to accept a payment in compromise of the case. Joe just needs to send the specified payment—let’s say $1500—to the detective.

Of course, there’s no police officer, no father, and no teenage girl. This is all a scam based on a man’s fear, not only of arrest and prosecution, but also of the shame of having the world hear he was talking sexually online with someone underage.

The scammers don’t ask for big money. They seem to figure that if they keep their requests modest, most men will choose to pay rather than phone an attorney for help.

But some men facing these scams have called the Marshall Defense Firm. Here’s the advice we give:

First, don’t send anyone any money!

The idea that you could just pay money to avoid prosecution for a child sex crime—even one for sexual communication only—is far-fetched. We won’t say that could never be possible in any of the 50 states, but we’ve never seen it or heard of it.

Ask the “officer” for their name and their police department’s name.

If they’ll give you a badge number and a case number, even better.

Then give the name of the “officer” and the police department to a lawyer or (second-best option) to a non-lawyer you know to have good judgment and not to be very gullible.

Ask that person to call the “officer,” not at the number they have given you, but at the main number of their supposed police department. (You get this number from the internet, of course, not from the “officer.”)

If you give that information to us at the Marshall Defense Firm, one of us will call the police department and ask to speak to that officer. Most likely, we will be told that no such person works at that police department.

Of course, it is possible that the scammers will have chosen, intentionally or accidentally, the name of a real officer in that department. In that case, when we reach that officer, we will ask whether they are in truth the person who has called you.

In our experience, the scammers give up before it gets that far. There’s a good chance they’ll give up as soon as you ask for their police department’s name so you can have your lawyer call them to handle the matter for you.

The people who try to exploit the fear of the innocent in this way should be apprehended and prosecuted. The number and ingenuity of scammers, though, seems to be way ahead of the resources of law enforcement, so those who let online conversations veer into sexual topics must beware, now and probably for a long time.

If you or a loved one is being scammed this way, or is under investigation by real police for sexual assault or communication with a minor for immoral purposes, the Marshall Defense Firm is here to help. Our experienced, skilled defense attorneys would be happy to discuss the matter with you. Please contact us at 206.826.1400 or solutions@marshalldefense.com to schedule a consultation.