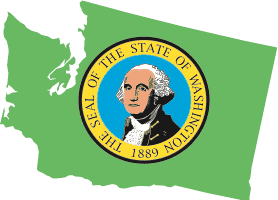 Promoting Prostitution in Washington: How A Seemingly Specific Charge is Broadly Applied

When hearing about the crime of “promoting prostitution,” you might think that it has very narrow applications. Images of pimps, prostitution stings, and similar events spring to mind. But the law can reach more people than just the obvious. The targets, far from just being “pimps,” can include relatively minor actors in prostitution rings. In some cases, it can even include people who patronize a prostitute in Washington.

Perhaps you or a loved one are facing a charge and confused about how exactly they were “promoting prostitution.” We’re here to explain the basics of the law as it stands in Washington, how it can be applied in law enforcement and court proceedings, and what you or someone you know can do if faced with the charge.

Basics of the Crime

In Washington state, a person “promotes” prostitution if they both “advance” and “profit” from prostitution.

“Profiting” involves accepting money or anything else of value as compensation for an agreement with another person for prostituting themselves. Agreements do not have to be formal or written down. Informal or implied agreements can be inferred by a jury. If a promoter shares profits with prostitutes and instructs them on how to act, that qualifies as both advancing and profiting from prostitution.

How can the crime be applied?

Despite initial assumptions, the law can apply more broadly than one would think. While the law certainly applies to cases like tinder sting operations and busting pimps, even smaller “players” can be charged with the crime. Washington residents who patronize a prostitute can be charged with promoting prostitution if they leave online reviews of them. Likewise, knowingly offering a prostitute a ride from place to place might put you in the crosshairs.

Prosecutors can stretch the meaning further than typically understood. For example, members of a sex-buyer club have faced charges of promoting prostitution as part of a sex-trafficking investigation.

There are some defenses to the charge. First, to be promoting prostitution there must be intent. If the person giving a car ride did not know their passenger was a prostitute, then the knowledge requirement cannot be met. Second, the First Amendment right to free speech can protect against charges if pure speech (whether online or in person) is the sole basis of prosecution. There must be some action taken beyond mere speech to commit the crime. An over-zealous prosecutor may cast a wide net to fish for as many convictions as possible. This can be done in prostitution stings or sex trafficking busts. It may lead to charges against persons whose actions simply do not meet the statute’s requirements.

What are the possible penalties?

Second-degree promoting prostitution is a Class-C felony, with a possible sentence of up to five years in prison and up to a $10,000 fine. First-degree promoting prostitution is a Class B felony, with up to 10 years in prison and $20,000 in fines. Any felony conviction makes it difficult to live your life. School access, work options, housing, and even child custody can be heavily affected.

However, promoting prostitution is not defined as a sex offense under Washington law. That means there is no requirement to register as a sex offender. That avoids a great burden on life and livelihood after a conviction.

What to do if you face a charge?

Facing a charge of promoting prostitution is difficult. The defendant often does not neatly fall into the commonly-expected target of the law. Defendants face serious charges that threaten their liberty, their reputations, and their livelihoods. It’s stressful time for them and those close to them.

If you or a loved one is charged with a sex crime, the Marshall Defense Firm is here to help. Our team of experienced attorneys can provide you with an expert defense, well-suited to the charge. Contact us at 206.826.1400 or solutions@marshalldefense.com to schedule a consultation.