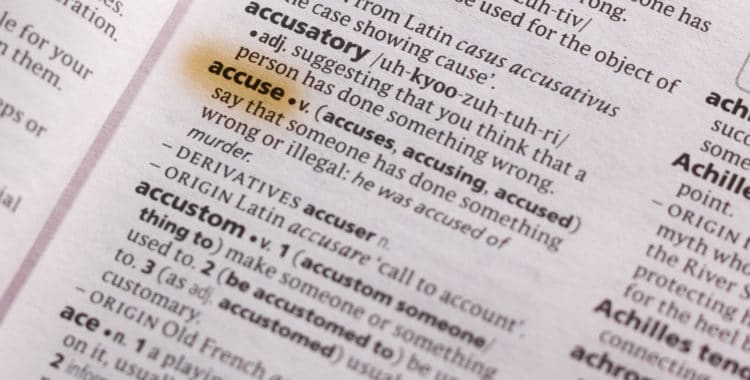 On February 14, 2020, The Chicago Tribune reported that singer R. Kelly is facing yet another allegation of sexual abuse of a minor in Illinois. For those unfamiliar with Kelly’s ongoing legal woes, he has been in custody since July 2019 for allegations of sexual contact with minors, kidnapping, and child pornography production. The charges span nearly two decades. There are also allegations of a conspiracy by Kelly to coverup his sexual contact with minors. He is facing charges in multiple states in both state and federal courts. Some of the federal charges allege that he transported these minors across state lines for “immoral purposes,” in violation of the Mann Act.

The new charges allege that Kelly met a girl identified as “Minor 6” in 1997 when she was 14 or 15 years old and “sexually abused” her over the next three years. While Kelly isn’t currently facing any charges in Washington, we thought it would be informative to explore what the case and outlook for him might be if he were to face these allegations here.

Child molestation includes sexual contact with someone who is younger than sixteen. Washington state law defines sexual contact as “any touching of the sexual or other intimate parts of a person done for the purpose of gratifying sexual desire of either party or a third party.”

The degree charged depends on the age of the accuser, though all are serious felony offenses:

Rape of a Child

If Minor 6 is alleging she and Kelly had sexual intercourse, the charges (again, hypothetically) could include Rape of a Child. As we pointed out here, “Rape of a Child” has replaced the term “Statutory Rape” in Washington, and it does not matter if intercourse was consensual.

As with Child Molestation, the degree charged depends on the age of the accuser and the accused, though all are serious felony offenses:

Communicating with a Minor for Immoral Purposes

Some of the earlier accusations against Kelly allege that he and his entourage recruited and groomed young girls, enticing them with access to the singer and promises of money. It’s not clear whether any of that type of behavior is alleged to have occurred with Minor 6, but if it did, charges in Washington might also include Communicating with a Minor for Immoral Purposes.

Washington courts have determined that this means communication with a minor “for the predatory purpose of promoting their exposure to and involvement in sexual misconduct.” Sexual misconduct is not further defined in the law and could include any sex acts involving a minor, even those that are not otherwise against the law. The crime is a gross misdemeanor unless the communication is electronic in nature or the defendant has previously been convicted of the same crime or any felony sexual offense.

Commercial Sexual Abuse of a Minor

If Minor 6 was provided or even just offered anything of value as compensation for sexual conduct, the charges could include Commercial Sexual Abuse of a Minor, a felony offense.

Kelly could also face federal charges in Washington if any of these allegations of sexual abuse or child pornography had occurred here. This is significant because some federal laws carry mandatory minimum sentences (meaning that the judge does not have the discretion to impose a sentence shorter than the established minimum).  The sentencing discretion of Washington state court judges is limited, but Washington law has no mandatory minimum sentences for sex offenses.

If you are facing allegations of sexual misconduct, the Marshall Defense Firm is here to help. Our experienced, skilled defense attorneys would be happy to discuss the matter with you. Please contact us at 206.826.1400 or solutions@marshalldefense.com to schedule a consultation.