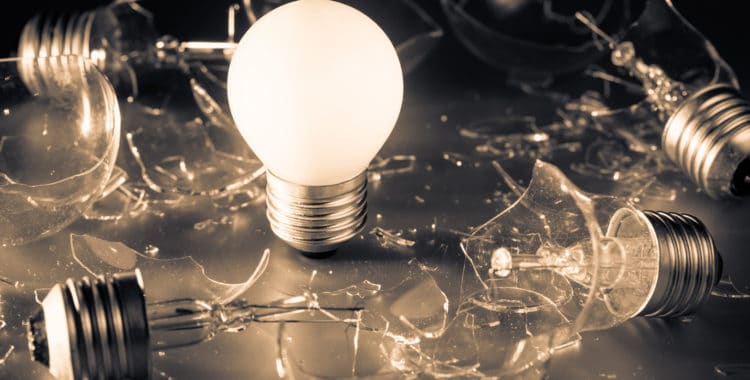 The Marshall Defense Firm’s seven-year fight for the freedom of Casmer Volk succeeded in August. The firm was preparing for the new trial it had won through a petition for relief from personal restraint (a “PRP”)  when the prosecution offered a compromise too tempting for Mr. Volk to resist. He accepted it and was immediately released from prison, still proclaiming his innocence of the child rape of which he’d been accused.

Here are my top take-aways from our years of work for Mr. Volk. As you read, you’ll see that some are for lawyers and some are for defendants and their families.

Mr. Volk’s trial attorney charged Mr. Volk only $12,000 for his work. While that low fee must have looked good to the Volk family when they hired him in 2011, it was, in truth, absurdly low. Mr. Volk’s case called for a lot of work. There wasn’t much chance that a defense attorney who charged only $12,000 would put in the necessary hours—and indeed Mr. Volk’s original attorney did not.

Get second opinions on the opinions of the prosecution’s experts.

The State presented five expert witnesses in three different fields at Mr. Volk’s trial. In the defense lawyer’s investigation of the case, he did not contact any expert in any field. Had he done so, he could have learned that the State’s experts’ opinions could be disputed. He could have engaged expert witnesses to provide powerful testimony for the defense.

Sometimes the prosecution’s experts will render unassailable opinions. But a defense lawyer won’t know without consulting other experts—experts who aren’t aligned with prosecutors–in the same fields.

Don’t talk about the case on social media.

Mr. Volk’s fiancée knew he had to be innocent. Unfortunately, she quickly went on Facebook to defend him. She wrote there that he had had no time alone with the child and so could not have assaulted him without her knowing. Mr. Volk later reminded her that he actually had had a couple of hours alone with the child, and she then corrected her mistake. The prosecutor, though, was able to portray her at trial as a liar because of her initial incorrect statement on Facebook.

Yes, lawyers, this one is for you.

Mr. Volk’s fiancée could likely have testified credibly at trial, despite her false statement on Facebook. For this to happen, the defense attorney needed to tell her the cross-examination she should expect. The attorney needed to work with her on how to phrase her answers both truthfully and credibly.

Any witness in a serious case is nervous, and most witnesses have never faced cross-examination. We attorneys must help all our witnesses get ready to testify.

Give it all you’ve got at trial.

Don’t save some of your resources and energy for an appeal or a collateral attack, such as a habeas corpus petition or a PRP. Even when post-conviction efforts are successful, as in Mr. Volk’s case, they can take a long time—time the defendant is usually sitting in prison. And usually when you win an appeal or a PRP, you’re just winning the right to try the case again.

So do everything you can to win the first trial.

Summon the courage to admit your mistakes.

Yes, lawyers, this one is for you, too.

Mr. Volk’s original attorney recognized Mr. Volk’s innocence and felt terrible about the guilty verdict. He cooperated with me a lot at the beginning of my work.

When I discovered obvious and important errors the defense attorney had made, I asked him to sign an affidavit acknowledging them. Such an affidavit would have simplified and hastened our winning freedom for Mr. Volk. The attorney, though, refused to sign. It became apparent that while he would do a lot to help us right this wrong, one thing he would never do: accept any blame.

It takes exceptional integrity and courage to admit, in public, that one has made serious errors. But without those admissions by their attorneys, the wrongly convicted languish in priso

If you are facing an accusation the Marshall Defense Firm is here to help. Our experienced, skilled defense attorneys would be happy to discuss the matter with you. Please contact us at 206.826.1400 or solutions@marshalldefense.com to schedule a consultation.