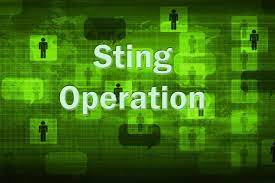 In January 2021, Jace Hambrick enjoyed his first meal as a free man with his mother at IHOP after serving nearly two years in prison. But his newfound freedom still came attached with a long list of restrictions. He is not allowed to be anywhere near where children gather, which means no ball games, movie theaters, malls, or even a visit to the local park to walk the family’s dog. Despite being of legal age to drink alcohol, he cannot drink a beer at a bar, restaurant, or even at home. All of these restrictions and more come as a consequence of Jace being a registered sex offender, after being wrapped up in a  “Net Nanny” sting by law enforcement in Washington.

Sex Crimes With No Victims

Michael Winerip of the The New York Times Magazine has written extensively on Operation Net Nanny in Washington and those it has affected, like Jace Hambrick, who was convicted of attempted rape of a child in the second degree and communication with a minor for immoral purposes in May 2018. Yet he never even communicated with a minor, let alone attempted to sexually assault one. Since 2015, nearly 300 men like Jace have been arrested in online-predator stings in Washington State, many of them run by the State Patrol and code-named “Operation Net Nanny.” Many are charged with sex crimes involving children even though no children were involved.

The enticement for law enforcement seems simple. Stings are an efficient way to make high-profile felony arrests and secure convictions. Police officers (among the youngest women and men on the force), pose for photos that are posted online, and emails and text messages from undercover officers are used to lure people into fake sexual encounters in order to charge them with crimes. The majority of defendants in these cases plead guilty rather than face a jury. An analysis of court records in Washington State stings revealed that most men arrested had no felony record. Many appear to have no sexual interests in children either. Although a strong predictor of predatory sexual behavior is an obsession with viewing child pornography, the Washington State Patrol found that 89 percent of those arrested in these online stings have no child pornography in their possession and 92 percent had no history of violent crime.  Yet the average sentence for this type of crime is six years in prison, according to 271 arrests analyzed from Operation Net Nanny.

As previously mentioned, part of the reason for the prevalence of sting operations in Washington seems to boil down to math. In a December 2015 email, Washington State Patrol Captain Roger Wilbur wrote, “Plea bargains start at 10 years in prison. Compared to other criminal cases that can take a year or longer, may result in a few years in prison, cost hundreds of man-hours and still only result in a single arrest, this is a significant return on investment. Mathematically, it only costs $2,500 per arrest during this operation! Considering the high level of potential offense, there is a meager investment that pays huge dividends.”

But low costs of doing business and high numbers of convictions don’t necessarily lead to safer communities. To make matters worse, there’s the question of whether law enforcement is simply preying upon lonely people or those with mental health problems rather than catching true sexual predators. Dr. Richard Packard, a past president of the Washington State chapter of the Association for the Treatment of Sexual Abusers, and Dr. Michael O’Connell, a member of the state’s sex-offender policy board, both believe that most men caught in these raids pose little risk to the public. After examining about three dozen men arrested in cyber stings in the state, they determined that few (maybe fifteen percent of the men they saw) posed a moderate to high risk. This doesn’t mean sting operations don’t result in catching any predators, but many persons arrested are simply people with addiction problems, those who suffer from depression, anxiety, or are autistic. According to O’Connell, many are simply “pathetic, lonely people.” “Some are in marriages where things aren’t going great. They’re socially inept, but this is the way of having sex and having a relationship. They’re just stupid and making not very well thought out decisions. They weren’t looking for kids, but there was this one ad that caught their attention.”

Dr. Packard has had a 40-year career working for both prosecutors and defense lawyers providing expert testimony on many high profile criminal cases involving sexual assault. Yet with regard to most Net Nanny cases, he says, “The vast majority don’t need to be in prison to keep society safe.” National studies confirm what he and Dr. O’Connell have said, and a 2017 study showed that 87 percent of 334 men convicted in similar stings had no record of prior, concurrent, or subsequent convictions. There are currently about 150 men convicted in Washington State due to such operations. If the psychologists’ estimates are right, as many as 125 of them don’t pose significant risk to the community.

How Stings Prey on the Lonely

Jace Hambrick was 20 and still living at home with his mom when he became wrapped up in Operation Net Nanny. She described him affectionately as her “introverted, sensitive, immature, coddled, nerdy son.” A few times a month, he clicked through the Casual Encounters section of Craigslist, looking for sex. In February 2017, he came across a “w4m” (woman searching for man) post that said, “Jus gamer gurl sittin’ home on sunny day, we can chat as long as im not lvling!” An avid gamer himself, Hambrick began chatting about video games. He thought he was chatting with a 21-year-old woman. Eventually, she mentioned she was 13. Hambrick was confused. “why did you post an ad in craigslist if your 13? You mean 23?” She asked for his cellphone number, and they began exchanging photos as the topics of conversation alternated between video games and sex. Again, she claimed to be 13, but her photos clearly showed otherwise.

Unfortunately for Jace Hambrick, he was actually texting Officer Heather Janisch of the Police Department in Vancouver, Washington. When he arrived at her house, he was immediately arrested by two police officers in bulletproof vests. Confused, the first thing he asked to do was talk to his mother. Police would learn that he had no criminal history, no child pornography on his phone, and nothing illegal in his vehicle. He reiterated that he thought he was talking to a woman in her twenties, but the detective said, “I do not believe that you came here to verify if this girl was 21. You couldn’t help yourself.”

Jace waited 15 months for a bench trial and lost both his jobs after the arrest. At trial he learned that Officer Heather Janisch was 24 years old in her photos and that the emails and texts were written by Detective Robert Givens. The judge then found Hambrick guilty of attempted rape of a child in the second degree and communication with a minor for immoral purposes. Based on the emails and texts, the judge declared, “The defendant clearly expressed by words and conduct that he intended to have sex with a 13-year-old.”

But men caught in Net Nanny or similar sting operations aren’t eligible for SSOSA. This is because, by statute,  SSOSA is available only to defendants who have “an established relationship with, or connection to, the victim.” Because there are no victims in sting cases, a person arrested in one may wind up serving more time than a person convicted of sexually assaulting and raping an actual child.

Many of the convictions in sting cases are for attempted rape of a child–even though the defendant never sees an actual child. The prosecution only needs to prove that the defendant intended to have intercourse with a child and then took a “substantial step” towards doing that. This can be as simple as purchasing condoms or parking near the trap house.

Washington law allows undercover officers to use “deception, trickery or artifice” in sting cases as well as in other criminal investigations.

At least six young soldiers stationed at Joint Base Lewis-McChord (near Tacoma, Washington) have been arrested in these stings. All faced discharge from the military and years in prison.

In 2019, Ezra Wright was one of these soldiers. He was convicted of attempted first-degree rape of a child. His lawyer argued for SSOSA instead of a prison sentence. He pointed out that Wright had no previous conviction for a sex crime or a violent crime and that  the offense did not result in bodily harm. But Wright was denied SSOSA because of the requirement that the defendant have “an established relationship with, or connection to, the victim.” Ezra Write was sentenced to 50 months to life in prison and will spend 10 years on the sex-offender registry.

If you are facing charges as the result of a sting operation or any other government investigation, the Marshall Defense Firm is here to help. Our experienced, skilled defense attorneys would be happy to discuss the matter with you. Please contact us at 206.826.1400 or solutions@marshalldefense.com to schedule a consultation.