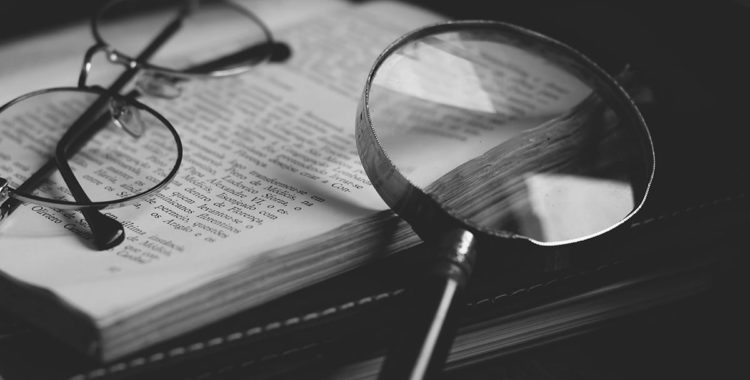 Being accused of rape can lead to serious consequences. Any serious felony can lead to a lengthy prison sentence and merely facing a sexual assault charge can feel daunting, not knowing what damage to your reputation or loss of liberty may lay ahead. At the Marshall Defense Firm, our approach to building the best defense for our clients is similar to other special-assault charges. We take the time to get to know the client, understand the facts behind the situation, and create a sound strategy under the law.

There are three degrees (or categories) of rape defined in Washington law. Each requires “sexual intercourse,” which includes what we typically think of as intercourse, and also any penetration of the vagina or anus by any body part or object (no matter how slight). This definition also extends to any sexual contact between the sex organs of one person and the mouth or anus of another person. There are thus several forms of sexual contact that can make an act count as sexual intercourse count and thus as some degree of rape.

Rape in the First Degree

The most serious charge of the three is 1st degree rape, which can only be committed by a person who engages in sexual intercourse with another person by forcible compulsion. “Forcible compulsion” means using physical force to overcome resistance or a threat (express or implied) that places a person in fear of death, physical injury to themselves or others, or that they will be kidnapped.

In addition, the accused must:

Rape in the First Degree is a Class A felony, which means its maximum sentence is life in prison.

Rape in the Second Degree

A much broader category of rape that is also a Class A felony carrying a maximum sentence of life in prison is 2nd degree rape. Sexual intercourse by forcible compulsion (but with none of the additional facts required for rape in the first degree) is rape in the second degree.

But that is just one way to commit rape in the second degree. There are a number of situations that can lead to a second degree rape charge because the perpetrator has intercourse with someone who is categorized as “vulnerable”:

Rape in the Third Degree

The final category is 3rd degree rape, which includes sexual intercourse where the victim did not consent to sexual intercourse or when there is a threat of substantial unlawful harm to property rights of the victim. Consent is defined in Washington law as “actual words or conduct indicating freely given agreement to have sexual intercourse.” Consent or a lack of consent can be expressed or implied with or without words.

Rape in the third degree is a Class C felony, with a maximum penalty of 5 years in prison.

When “Consensual Sex” May Be Considered Rape

Rape doesn’t have to include forcible penetration, contrary to what many people assume. Regardless of whether the complaining witness is an adult or child, the government doesn’t have to prove force. In instances where an adult has sex with a child under the age of 16, the government doesn’t have to prove a lack of consent either in order to charge you with rape. This is because Washington law considers anyone under the age of 16 to be incapable of consenting to sex. A 20-year-old  who is engaging in what they consider to be a consensual relationship with a 15-year old could still be charged with Rape of a child in the third degree, or what used to be known as “statutory rape.”

When Is a Person Unable to Legally Consent to Sex?

Other instances where a person cannot consent to a sexual encounter are when they are deemed to be “physically helpless” or “mentally incapacitated”. A person who is unconscious or physically unable to communicate that they are unwilling to engage in a sexual act is deemed physically helpless under Washington law. Consequently, if someone is intoxicated to the point that they’ve passed out or are unable to properly communicate either an objection or consent, they’re considered too drunk to legally consent to sex. If a person cannot understand “the nature or consequences of the act of sexual intercourse,” they’re deemed to be mentally incapacitated. This. too, can occur when a person has been consuming a lot of alcohol or powerful drugs. It also can happen because a person has an illness or mental defect that prevents them from consenting to intercourse.

What Can I Do If I Thought a Sexual Encounter Was Consensual and I’m Accused of Rape?

In the modern world, where strangers commonly meet each other through dating apps, there are additional challenges presented to the already complicated subject of human intimacy. Sometimes teenagers lie about how old they are and can provide a convincing impression of being older online. When this leads to in-person meetings, adults might not reconsider whether this person is really old enough to consent to sex.

One possible defense to a child rape charge is that the teenager misrepresented their age, and the defendant reasonably believed the misrepresentation. This is referred to as an “affirmative defense.” Defendants bear the burden of proving these facts, which means you need effective defense counsel who understand the nuances of the legal system and can use them to your advantage. You should immediately seek the help of an attorney if you’ve been accused of any form of rape or sexual assault–whether you need an affirmative defense or the more common general-denial defense..

Not all rape charges start online, of course. Meeting someone at a party or for drinks can lead to unintended consequences despite that’s not being a novel way to meet people. When alcohol is involved, sexual encounters become riskier. Alcohol impairs communication. If someone alleges they were intoxicated to the point of being physically helpless or mentally incapacitated during a sexual encounter, you may find yourself facing a rape charge. You should always exercise caution when meeting someone you don’t know well; this is particularly true when sexual encounters and alcohol are involved.

Make sure you’re communicating clearly with your partner before any sexual encounter to ensure you’re on the same page. There are situations where someone might be obviously too intoxicated to engage in consensual sex, but if you find yourself in a situation where you’re unsure if someone has been drinking too much, it’s best to wait until they’re sober. Be mindful when assessing someone’s alcohol tolerance, and establish clear consent before considering a sexual encounter with someone who has been drinking, especially if you’re not familiar with them. Look for clear and positive feedback, a willingness to proceed, and if at any time you’re unsure, disengage from the situation. No matter how far things have progressed, when consent becomes doubtful, stop!

When Do I Need an Attorney?

The best way to avoid getting into trouble for sexual assault is to understand the law and be careful to follow it, but sometimes accusations happen anyway. If you’ve been charged with rape or another sex offense in Washington, the Marshall Defense Firm is here to help. Our experienced, skilled team of defense attorneys would be happy to discuss your case with you. Please contact us at 206.826.1400 or solutions@marshalldefense.com to schedule a consultation.