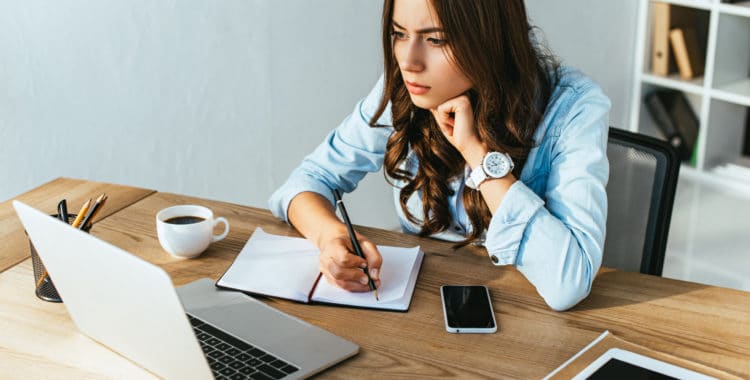 In late June, comedian Chris D’Elia faced a barrage of accusations from multiple women – some named and some anonymous – on Twitter. While some of these women encountered D’Elia as young adults, others recalled interactions they’d had with him while still in high school.

Simone Rossi was the first woman to share her experience with D’Elia on Twitter. Within hours, her story began to trend and was followed by many other allegations.

Rossi engaged with D’Elia online in 2015 when she was 16, and alleges D’Elia asked her to “make out” and send him pictures of herself. Rossi told her mother that D’Elia “asked her for nudes,” though the screenshots she shared from her exchanges with D’Elia say only, “Send me a pic.” She responded with a picture of a panda, joking that it was “exotic.”

Six months after this exchange, Rossi said D’Elia reached out to her again. He said he wanted to hang out, again asking, “can we make out?” and requested her Instagram handle, which Rossi provided. She had recently posted a photo of herself with large wooden cutouts of the numbers “1″ and “6″ to commemorate her 16th birthday. She never heard from him again.

Clara Schaller posted emails she exchanged with D’Elia when she was 17. D’Elia said he wanted to have “naked sex” with her and asked for “pics.” D’Elia’s camp released an email that showed he asked her roughly midway through their exchange, “How old are you?” She replied “12,” apparently kidding. He responded, “Answerrrrr,” and she said, “24?” Though the conversation continued, it’s unclear what exactly happened next or if they ever met in person. It doesn’t appear that her age came up again.

D’Elia also sent a direct message to Michaela Coletta when she was 17 after seeing pictures of her on Instagram. They moved their conversation to email and eventually Kik, a popular messaging app, where she says D’Elia got more “explicit.” She alleged in a tweet that he “solicited nudes” from her, and in an article for Mashable said D’Elia told her he wanted to “see her body” and that she did send him a picture, after which he commented on her “big breasts.”

In addition to the women alleging inappropriate or uncomfortable interactions with D’Elia as minors, there were also a number of adult women who allege that D’Elia, without solicitation, exposed himself to them in his hotel room during two separate incidents. One of the women was a member of the hotel staff, while two others were invited back to his hotel room for a “party” (no one else was present) after a show.

Was any of this illegal?

While many have condemned D’Elia’s behavior as inappropriate, assuming the allegations are true, would any of this be illegal in Washington state? These incidents didn’t happen in Washington, and we don’t necessarily have all of the facts, so this is very much a hypothetical exercise.

We should note that since the allegations surfaced, D’Elia has responded with a statement that all of his relationships have been “both legal and consensual” and he has never “met or exchanged any inappropriate photos” with the women who have tweeted about him. He also said, “I have never knowingly pursued any underage women at any point.”

In Washington, these types of allegations could result in a number of serious charges:

• Communication with a Minor for an Immoral Purpose. Washington courts have determined that this means communicating with a minor “for the predatory purpose of promoting their exposure to and involvement in sexual misconduct.” “Sexual misconduct” could include any sex acts involving a minor, even those that are not otherwise against the law. The prosecution would have to prove that D’Elia was the person who made the communication in question and that this was the intended purpose.

You might be thinking, “Isn’t it a defense that D’Elia said he didn’t know the women he was talking with were minors?” Not necessarily. It’s a defense if the defendant made “a reasonable bona fide attempt” to determine the true age of the minor by requiring production of documentation such as a driver’s license or other identification card, but a defendant can’t rely solely on the oral allegations (e.g. she said she was 18) or apparent age of a minor (e.g. she looked at least 21).

• Possessing or Viewing Child Pornography. If this had happened in Washington, D’Elia might face child pornography charges if any of the girls shared images with him depicting “sexually explicit conduct.” Under Washington law, sexually explicit conduct includes a depiction of the unclothed breast or genitalia of a minor. The government must prove the images were either intentionally viewed or knowingly possessed by the defendant.

It is not a defense that the defendant simply did not know the person depicted was a minor, but D’Elia might assert that he didn’t know any facts on the basis of which he reasonably should have concluded that the young woman was a minor (which is a valid defense). However, Michaela Coletta noted he’d seen pictures of here that were “VERY clearly taken in a child’s bedroom with pink walls,” though that wouldn’t necessarily be enough to overcome this defense.

• Indecent Exposure. In Washington, anyone who “intentionally makes an open and obscene exposure of his […] person […] knowing that such conduct is likely to cause reasonable affront or alarm” is guilty of indecent exposure. D’Elia made no mention of the alleged hotel incidents in his statement, saying only that he was a “dumb guy” who let himself “get caught up in [his] lifestyle,” but that type of allegation might result in an indecent exposure charge.

Although there is some indication D’Elia stopped communicating with young women when he learned they were under 18, it would have been wise to seek some assurance that they were adults at the beginning of the conversation.

If you are facing criminal charges for communicating with or viewing sexually explicit images of a minor, the Marshall Defense Firm is here to help. Our experienced, skilled defense attorneys would be happy to discuss the matter with you. Please contact us at 206.826.1400 or solutions@marshalldefense.com to schedule a consultation.