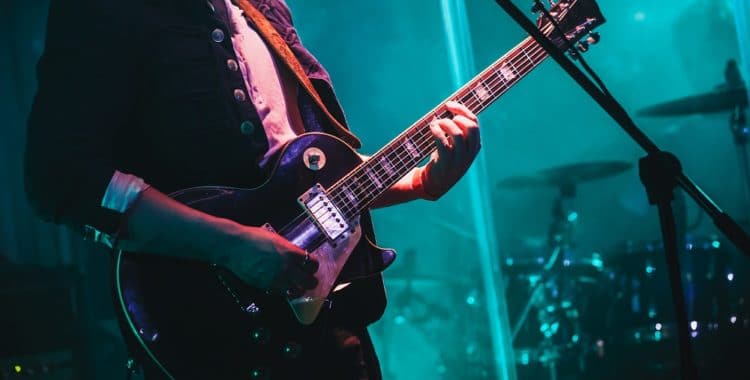 In February, the New York Times published a story about alleged misconduct by singer-songwriter Ryan Adams. Adams supposedly had sexually explicit communication with an underage fan. Adams and “Ava,” an aspiring musician, first connected on Twitter when she was 14 years old. Although their earliest correspondence was about music, it eventually turned into graphic texting – the Times reviewed 3,217 text messages exchanged between the two when Ava was 15 and 16 – and Skype calls, where Adams allegedly exposed himself during phone sex.

The story reports that Adams questioned Ava repeatedly about her age and pleaded with her to convince him she was 18; she sometimes said she was. However, the authors assert that Adams “did not seem convinced,” writing “‘i would get in trouble if someone knew we talked like this’” and “‘If people knew they would say I was like R Kelley lol’” and “‘tell me that your mom is not gonna kill me if she finds out we even text.’” Sometimes he asked to see identification, though Ava reportedly never obliged.

Andrew B. Brettler, Adams’s lawyer, said that the singer did not recall these exchanges and “‘unequivocally denies that he ever engaged in inappropriate online sexual communications with someone he knew was underage.’” Brettler said that if Ava was underage, Mr. Adams was unaware, pointing to her performances in clubs and photos of her from that time, saying she looked “‘approximately 20.’”

The reporters noted that “[l]aws regarding explicit digital communication with a minor vary from state to state.” If this had happened in Washington state, there are a number of serious charges Adams could face based on the allegations in the report.

Communication with a Minor for Immoral Purposes

Under Washington state law, it is a crime to communicate with a minor (or someone believed to be a minor) “for immoral purposes.” Washington courts have determined that this means communication with a child “for the predatory purpose of promoting their exposure to and involvement in sexual misconduct.” “Sexual misconduct” is not further defined in the law and could include any sex acts involving a minor, even those that are not otherwise against the law. Adams’s attorney would likely argue that his communication with the girl was not meant to expose her to or involve her in any sexual misconduct. Although text messages he is alleged to have sent might suggest otherwise, the prosecution would have to prove that Adams was the person who made the communication in question and that this was the intended purpose.

In this case, where the alleged communication was electronic in nature, the offense would be a Class C felony, which carries a maximum sentence of five years in prison and a fine of $10,000. Anyone convicted of communicating with a minor for immoral purposes is also required to register as a sex offender.

It is not clear from the New York Times article whether Ava shared any sexually explicit images of herself with Adams. However, there are references to Adams having “pet names” for her body parts, complaining that he never saw pictures of her anymore, and telling her that she was “blowing [his] mind.”

If Adams could be prosecuted and convicted in Washington, he might be found to have knowingly possessed or viewed over the internet a visual or printed depiction of the genitals or unclothed breast of Ava, a female minor, for the purpose of sexual stimulation. These acts would constitute class B (genitals) and C (unclothed breast) felonies His conviction in Washington would require registration as a sex offender. He could even face federal charges for possession, receipt, or production of child pornography.

Ava alleges that Adams “exposed himself” during video calls on Skype, which could constitute indecent exposure under Washington law. In Washington, anyone who “intentionally makes an open and obscene exposure of his […] person […] knowing that such conduct is likely to cause reasonable affront or alarm” is guilty of indecent exposure. The crime is a gross misdemeanor unless the offender has previously been convicted of this or another sex offense or the victim is younger than 14.  Although Adams would likely deny this happened at all, whether the alleged conduct would cause Ava to be affronted or alarmed might also be in dispute.

Would it be a defense, if Adams were prosecuted in Washington, that he didn’t know that Ava was a minor?

When it comes to communicating with a minor for an immoral purpose, it is a defense that the defendant made “a reasonable bona fide attempt” to determine the true age of the minor by requiring production of documentation such as a driver’s license or other identification card. In other words, if the alleged victim produced a fake ID showing she was not a minor, the defendant should be found not guilty. The problem in this case is that although Adams asked Ava to show him identification, she reportedly never provided it. A defendant cannot rely solely on the oral allegations or apparent age of the minor, so Adams’s attorney’s assertions regarding how old she appeared would not matter.

With regard to possession of child pornography, it is not a defense that the defendant did not know the child depicted was a minor. However, Adams could assert as a defense that he did not know any facts on the basis of which he reasonably should have concluded that Ava was a minor. Although there were times when Ava told Adams that she was 18, he reportedly mentioned both her mom (whom he feared would kill him if she found out about their conversations) and R Kelley, who has a long history of sexual abuse allegations involving underage women.

At the very least, Adams seemed unsure about whether Ava was actually 18. Given the serious consequences that can result from charges of this nature, Adams would have been wise to stop communication with Ava until he became quite sure she was at least 18.

If you are facing criminal charges for communicating with or viewing sexually explicit images of a minor, the Marshall Defense Firm is here to help. Our experienced, skilled defense attorneys would be happy to discuss the matter with you. Please contact us at 206.826.1400 or solutions@marshalldefense.com to schedule a consultation.

COVID-19: To avoid accidentally spreading the coronavirus, we are conferring with clients and others only by phone or Zoom. Please phone us at 206.826.1400 to schedule your conference.