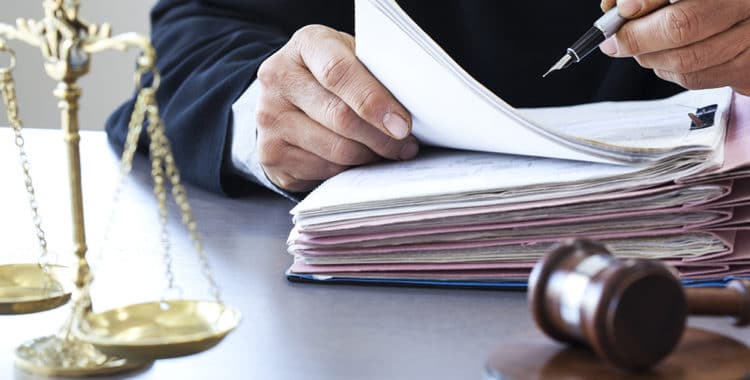 When you learn that someone is seeking a Sexual Assault Protection Order (SAPO) against you, you will naturally have a lot of questions. What is a SAPO? How will it affect me and those closest to me? How can I fight it?

A SAPO is a civil court order in Washington State which limits your contact with an individual (the petitioner) who alleges that you sexually assaulted him or her. A petitioner can ask the court to issue a SAPO regardless of whether there is a pending criminal prosecution or civil lawsuit.

What kinds of SAPOs are there?

SAPO orders are either “temporary” or “full.” A temporary order is usually issued to a petitioner the day the petitioner requests it. It remains in effect while a hearing on whether to issue a full SAPO is pending (So you should be careful not to contact the petitioner before that hearing.)

A full SAPO is often in effect for two years (see below). Its limits on your contact with the petitioner stay in place as long as the order is in effect.

How is a SAPO obtained?

Compared to the hurdles a non-lawyer must clear to get most kinds of court orders, it is easy to get a temporary SAPO. Washington State courts have staff to help a “petitioner” (the person claiming to need protection against you) to fill out the SAPO petition form and present it to a judge; this is to save the petitioner the expense and delay of hiring an attorney. (There is no such free help available to a “respondent,” the person accused.) If the person claims to have been sexually assaulted by you, the judge will probably issue a temporary SAPO, and a sheriff’s deputy or police officer will probably bring a copy to you within two or three days.

A temporary SAPO is good for only two weeks unless it is extended. You may need more than two weeks to prepare for the full SAPO hearing. Usually a court will give a respondent extra time to prepare, but it will keep the temporary order in effect for all of that time.

At the SAPO hearing, you will get an opportunity to refute the petitioner’s argument that he or she is entitled to a full SAPO against you.  Maybe sexual encounters between the two of you have always been consensual, or perhaps the instance the petitioner describes never actually occurred.

How to Win When a SAPO Hearing

To obtain a SAPO against you, the petitioner must establish (by a preponderance of evidence) that you sexually assaulted him or her, and that s/he will not feel safe unless all contact between the two of you is cut off.

This “preponderance of evidence” standard means the petitioner must prove to the judge that it is “more likely than not” that the assault occurred. It is a lower standard than required by criminal trials, where evidence must establish guilt “beyond a reasonable doubt.”

This means it is generally easier to obtain a SAPO against someone than to prove that same person guilty of sexual assault in a criminal trial.

But the burden of proof is still on the petitioner. Your job at the SAPO hearing—or your attorney’s job, if you engage one—is to show that the evidence doesn’t make it more likely than not that you sexually assaulted the petitioner.

One way to do that is by testifying at the hearing, and by submitting a declaration (testimony in writing) before the hearing. But if you might face a criminal charge for the alleged sexual assault, it may not be wise to give any testimony, in writing or orally, in the SAPO case. You should consult a lawyer to get help in deciding whether to testify.

You or your lawyer can also ask questions of the petitioner at the hearing. Those questions can be designed to show that the petitioner is not telling the truth or, at least, is giving a misleading account of the situation.

If you have text or email messages between the petitioner and you, it might be helpful to print them out and bring them to court.

Defending a SAPO hearing can be complicated. If you can afford an attorney’s help, you should consider getting it.

Is a SAPO equal to a criminal conviction?

No. While SAPOs can be issued either in connection with a criminal prosecution or through a civil proceeding, they are not themselves criminal convictions.

The function of the SAPO is to protect the petitioner from a person who has sexually assaulted the petitioner, not to punish the person for committing the assault.

What restrictions does a SAPO impose?  What can’t a SAPO do?

While a person need not be convicted of a crime to have a SAPO issued against him or her, violating a SAPO is a crime and can lead to a criminal conviction. Penalties for violating a SAPO can be harsh, so it is important to understand what a SAPO prohibits and what it does not. SAPOs usually restrict the person’s ability to contact, see, or communicate with the petitioner at home, school, or work. This can include communication through other people.

A SAPO protects only the petitioner. It does not limit contact with any people related to the petitioner or living in the same house (for instance, any children you may have with the petitioner).

A SAPO also does not:

How are SAPOs enforced?

It is against the law to violate the conditions of a SAPO, which means you must make sure to carefully review and understand them. In fact, it might be wise to carry a copy in your pocket, so you can check the rules any time you need to.

If you do make an effort to contact the petitioner, he or she can call the police, and you may be arrested immediately. If you are prosecuted and found guilty of violating the SAPO, you could spend time in jail.

The petitioner may also initiate an action to find you in contempt of court for violating the SAPO, which could mean money penalties.

It is crucial to understand and comply with SAPO restrictions, even if you think they are unfair.

When will the SAPO be lifted?

If you have been served with a temporary SAPO and are facing a SAPO hearing, you need capable, experienced legal representation. Please contact us at 206.826.1400 or solutions@marshalldefense.com to learn more about how we can protect your interests in a SAPO proceeding.