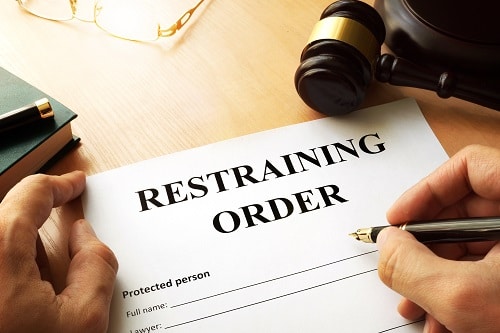 What Are the Six Types of Civil Protection Orders?

Definition changes relevant to DVPOs included removing the requirement that infliction of fear or harm be imminent for domestic violence and added unlawful harassment, expanded the definition of “family or household member”, and lowered the age of “intimate partner” from 16 to 13. The bill also advises any “petitioner” (the person seeking a protection order) who is eligible for a DVPO to seek one, even if the alleged conduct more closely fits one of the other orders such as a SAPO, AHPO, or Stalking PO.

VAPOs are designed to prevent “abuse, neglect, exploitation, or abandonment” of a vulnerable adult. Vulnerable adults are age 60 or over and unable to care for themselves, or subject to guardianship or conservatorship, a person with a developmental disability and admitted to any facility, or receiving health care services at home. VAPOs can be brought by a vulnerable adult themselves, an “interested person”, or the Department of Social and Health Services.

Notable changes to a VAPO include the requirement to personally serve the vulnerable adult at least five days before the hearing unless they brought the action themselves. The definitions of abuse, neglect, and abandonment now include inaction as well as actions. Abuse now includes intentional and reckless actions, not just willful actions.

An adult can seek an Anti-harassment Protection Order (AHPO) for themselves or on behalf of their child by petitioning that they’ve suffered harassment, which is defined as “a knowing and willful course of conduct directed at a specific person that seriously alarms, annoys, harasses, or is detrimental to such person, and that serves no legitimate or lawful purpose.” The conduct must be such that a reasonable person would suffer “substantial emotional distress” and must actually cause that distress.

Notable changes to AHPOs include the definition of unlawful harassment now including a single act of violence or threat of violence if it is a hate crime or if it involves a firearm. AHPOs can only last up to one year and violation of an order is a misdemeanor under certain conditions, including that it is willfully committed by a person over the age of 18. Parties can also be realigned by the court.

A court may issue a Stalking Protection Order (Stalking PO) when the petitioner proves that intentional and repeated harassment or “repeated following” took place that reasonably placed the petitioner in fear. The respondent must have intended to frighten, intimidate, harass, or reasonably know that their actions would do so. This includes cyberstalking and surveillance.

Extreme Risk Protection Orders (ERPOs) are designed to temporarily prevent individuals who are at high risk of harming themselves or others from accessing firearms by allowing family, household members, or law enforcement to petition for a court order when there is evidence that the person poses a significant danger, including danger as a result of a dangerous mental health crisis or violent behavior.

HB 1320 featured several notable changes to ERPOs, including a voluntary surrender of firearms. This surrender cannot be used against the respondent in any prosecution for possession of a stolen weapon or unlawful possession of a firearm. Respondents who are under 18 years of age or whose ERPO was based solely on threats of self-harm may now petition for having their case sealed. A violation of an ERPO is a gross misdemeanor and prohibits a person from owning a firearm for five years after the order expires.

Other Notable Changes Due to HB 1320

The first violation of a protection order can now be a Class C felony if it includes assault or if the offender has at least two previous convictions for violating a protection order, even if the violations involved different victims. This provision applies to DVPOs, SANCOs, VAPOs, and Stalking POs.

Electronic service is now allowed in all protection order cases except ERPOs or any order involving the surrender of weapons, any case involving a transfer of child custody, orders removing the respondent from a shared residence, or if a respondent is incarcerated.

Four additional forms of relief for petitioners were added in HB 1320. Courts can now restrict a respondent from engaging in abusive litigation or frivolous filings, making libelous statements to third parties, and making false reports to investigative agencies. They can also order financial relief and restrain the transfer of jointly-held assets. Courts can restrain the respondent from possessing or distributing intimate images of the petitioner. Finally, courts cannot order the petitioner to obtain services or pay respondent’s costs.

Other Notable Changes to Protection Orders

There is now a statutory presumption in favor of renewing protection orders, which includes prohibiting the Court from considering certain factors. In a respondent’s motion to modify or terminate a protection order, they have the burden of showing a change in circumstances (beyond a lack of violation of the order). The respondent may also be required to pay petitioner’s attorney fees.

HB 1320 also made it easier for law enforcement to recognize and act on Canadian orders. A person with a valid Canadian DVPO may file the order with Washington courts, but only provisions that prohibit contact with, or being within specified locations associated with, a protected person will be enforced by a Washington court.

We can help you

If someone is seeking a protection order against you, or if you need a protection order, the Marshall Defense Firm is here for you. Our experienced, skilled team of attorneys would be happy to discuss your situation with you. Please contact us at 206.826.1400 or solutions@marshalldefense.com to schedule a consultation.