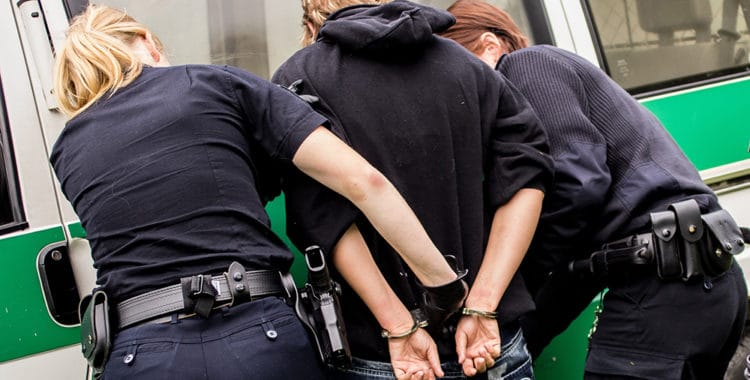 When does law enforcement cross the line between conducting a legitimate undercover operation and illegally pressuring a normally law-abiding individual to commit a crime?

Many arrests for Communication with a Minor for Immoral Purposes arise out of situations where law enforcement agents operate undercover, posing as someone underage to communicate with a defendant about sex. The law authorizes some forms of deceptive investigation tactics (undercover agents, false identities, informants, and other fabricated elements) but does not allow law enforcement to induce someone to commit a crime he or she would not have committed absent their influence.

Entrapment is an important legal defense for individuals arrested as the result of a potentially illegal police sting, i.e., one that went too far by inducing the defendant to commit a crime. The entrapment defense is an important tool to fight improper police tactics.

Under Washington law, entrapment occurs when the “criminal design originated in the mind of law enforcement officials… and the actor was lured or induced to commit a crime which the actor had not otherwise intended to commit.”

An important caveat here is that entrapment does not occur where law enforcement officials merely provide the defendant an opportunity to commit a crime, as in a legal undercover or sting operation. If the defendant was predisposed to commit the crime before police gave him or her the means to actually do it, then the entrapment defense will not apply.

How Does a Court Evaluate an Entrapment Defense?

Washington courts use a subjective test to determine whether law enforcement compelled an innocent defendant to commit a crime that he or she would not have otherwise committed. This test attempts to determine the defendant’s state of mind at the time of the crime – if the defendant felt so pressured by the police that he or she saw no other alternative than to commit the crime, then entrapment has occurred. The defendant’s legal team is responsible for proving entrapment to the jury.

Unfortunately, courts will not find entrapment simply because the police acted unethically. That is, even if the defense team proves at trial that the “criminal design” originated with the police, a defendant who willingly participated in the crime anyway will not be able to meet all the requirements of the entrapment test. Similarly, even if police use some persuasion to overcome the defendant’s reluctance to break the law, entrapment has not occurred if the “criminal design” originated with the defendant.

To evaluate whether a defendant was predisposed to commit the crime charged before police interference, courts consider many types of evidence. This evidence (likely presented by the prosecution) can include the defendant’s:

Can an Entrapment Defense be Used for Sex Offenses Cases?

As mentioned above, law enforcement often use undercover tactics to make arrests for communication with a minor for immoral purposes (communicating with a minor in an overly sexual way). Typically in these cases, the officer poses as an underage person online and tries to persuade the defendant via instant messaging/email/texts that he or she wants to have sex.

In these cases, an entrapment defense might be raised if the defendant did not explicitly discuss sexual acts until the police officer threatened to cut off the chat, pretending for instance to be a teenage girl hurt that the defendant was not taking her seriously.

Sometimes, the online/text communications between the undercover agent and the defendant leave open the possibility that the defendant reasonably believed he was communicating with someone legally old enough for sex.

Believing someone to be old enough for sex/sexually explicit communication in these cases is not a defense if that someone is in fact underage. However, if the so-called “victim” in the case is not actually an underage person but an adult detective hoping to trigger a crime, has a crime really occurred? In these cases, the defense should argue that the ambiguity should be decided in the defendant’s favor.

The Marshall Defense firm handles police internet sting cases with expertise and skill. If you have been charged with a crime as a result of one of these undercover operations, please contact us at 206.826.1400 or solutions@marshalldefense.com to discuss how we can help.