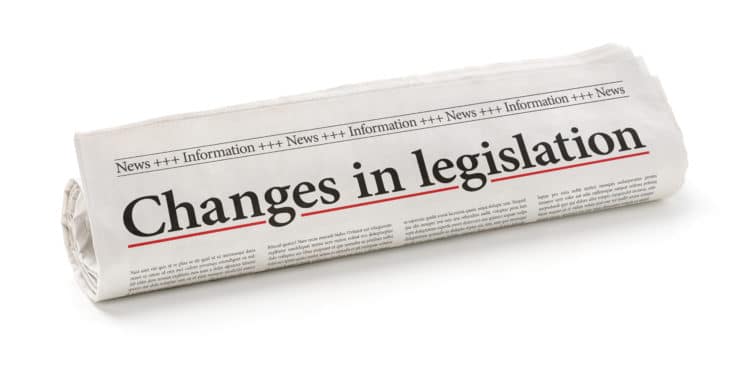 There are few surer ways for politicians to please voters than to propose to crack down on sex offenders—no matter how much cracking down has already been done. We see this again in the current session of the Washington Legislature.

Washington representatives have recently proposed increasing the penalties for both rapes of a child and child molestation offenses. House Bill 1384, introduced this year, would raise the seriousness level for 1st, 2nd, and 3rd-degree offenses.

· 1st degree: the victim is younger than 12 years old and, for Rape of a Child, the accused is at least 24 months older, or, for Child Molestation, at least 36 months older

How is the length of a sentence determined?

While this classification establishes a maximum period of confinement, judges will look to a sentencing grid to determine the Standard Sentencing Range (in months) based on both the severity, or “seriousness level,” of the offense and the convicted person’s “offender score,” which considers their criminal history. The seriousness level of the offense is set by law and ranges from level I on the low end to level XVI on the high end.

What are the current sentencing ranges for Child Molestation and Rape of a Child?

To better understand how this change in law could impact the length of sentences, it is helpful to look at what current sentencing guidelines dictate.

Note there are certain offenses where, despite these guidelines, a defendant may end up serving more time than the range provides. Someone convicted of Rape of a Child in the 1st or 2nd degree or Child Molestation in the 1st degree is subject to indeterminate sentencing. These defendants will be sentenced to a minimum term of confinement within the standard sentencing range. When they have served nearly all of this time, the Indeterminate Sentence Review Board (ISRB) will determine whether they are likely to commit another sex offense if released. If the ISRB decides they are not likely to, they will be released from prison. If the ISRB decides they are likely to reoffend if released, it will set a new minimum term for them. This scenario can repeat at the end of the new minimum term, so an offender can be kept in prison until they die.

On the other hand, an offender who is eligible for the Special Sex Offender Sentencing Alternative can avoid prison altogether. Persons who receive that alternative sentence serve only jail time, commonly one year.

How would HB 1384 change sentencing ranges for Child Molestation and Rape of a Child?

HB 1384 proposes increasing the statutory “seriousness level” by one level for Rape of a Child and Child Molestation in the 1st, 2nd, and 3rd degrees. Using the same chart as above, the ranges would increase as follows:

As you can see, for example, while the minimum term of confinement for Rape of a Child in the 1st degree is currently 93 months, HB 1384 would increase the minimum to 123 months.

If passed, the bill would not take effect until 90 days after the session has ended, so those who have already been charged would not be affected by any change to existing laws.

Members of the public who wish to express their thoughts on the bill can submit an online comment.

If you are facing allegations of molestation or rape of a child, the Marshall Defense Firm is here to help. Our experienced, skilled defense attorneys would be happy to discuss the matter with you. Please contact us at 206.826.1400 or solutions@marshalldefense.com to schedule a consultation.