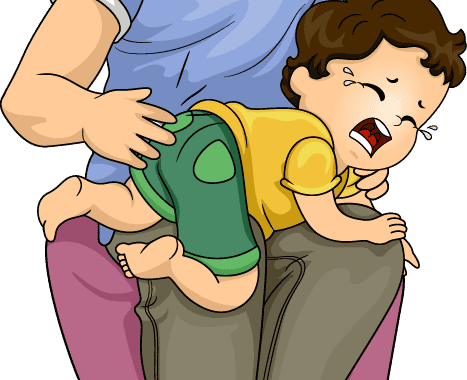 The defense showed through its interview of the son that his testimony was highly unreliable.

The accusation: That Ned inflicted deep and widespread bruising on the buttocks of Martin, his four-year-old son, during weekend visitation.

The charge: Assault of a Child in the Second Degree

The possible sentence: from 41 to 54 months in prison.

The defense David Marshall presented: Martin’s bruises must have been inflicted by his mother’s new boyfriend, who, along with Martin’s mother, then misled Martin to attribute them to his father.

The result: The prosecutor moved the court to dismiss the case on the morning trial was to start, and the court granted the motion.

What helped win the case:

The prosecutor decided to dismiss the case because Martin’s answers when David interviewed him, in preparation for trial, showed his word could not be trusted.

Martin was not the least bit shy or bashful with David during the interview. He volunteered that his father had beaten him before David asked him anything related to that subject. And he seemed to relish the attention David was giving him in the interview.

After drawing out Martin’s description of the supposed beating much as the prosecutor’s interviewers had, David asked a question they had not: What had the beating sounded like?

Martin responded by making a sound that resembled a large animal chomping down on its prey. From this David recognized that Martin’s imagination was not limited by either truth or plausibility, so David continued with questions that would give his imagination ample room to work. Martin’s answers grew more and more fanciful, until he was describing Ned’s opening his own chest cavity during the incident, allowing Martin to peer in at the inner organs.

With her key witness shown unreliable, the prosecutor decided her case was too weak to take to trial.

Ned and Kirsten were in the midst of divorce proceedings when severe bruising was found on the buttocks of their four-year-old son, Martin. Under questioning by Kirsten, Martin said Ned had spanked him. Ned was charged with felony assault.

The case looked difficult for Ned. But things changed when I, as Ned’s lawyer, interviewed Martin. I gave Martin’s imagination room to run. His imagination sank the prosecution and spared Ned the ordeal of trial.

Here’s how it happened.

Ned had a conviction for assaulting Kirsten. In consequence, his mother, Lydia, had to supervise his time with Martin. Lydia kept a journal in which she described every visit Ned had with Martin.

One Sunday morning during a weekend visitation, with Ned still in bed, Lydia began to set out breakfast for Martin. Martin could not make up his mind whether he wanted to drink milk or juice; Lydia offered to provide either, or both. Martin worked himself into a temper tantrum as he went back and forth over which drink he wanted to have.

At length, Lydia put him in “the time-out chair” in her bedroom. There, the temper tantrum escalated. Ned arose from bed and came into that room. With Martin howling and Lydia watching, Ned put Martin over his lap and spanked him two swats. Rather than increasing Martin’s crying, this seemed to jolt him out of his frenzy. He soon calmed down and was permitted to leave the time-out chair.

Ned and Lydia then took Martin to church, where he attended Sunday school, and to a birthday party at Chuck E. Cheese. His behavior throughout the day was unremarkable. He appeared to be his usual energetic, happy self.

Sunday evening, Lydia dressed Martin for bed in preparation for Kirsten’s picking him up. She knew that he routinely fell asleep on the drive to Kirsten’s home; dressing him for bed spared Kirsten having to wake him later to do so. He was naked before she dressed him for bed. Lydia had an excellent opportunity to see his buttocks. She saw nothing noteworthy.

Tuesday morning, two days later, Kirsten’s new boyfriend, Aaron, was responsible for Martin’s care. He texted Kirsten that Martin had a large bruised area on his buttocks, and that Martin said he had gotten this by falling. Later that day, Kirsten saw the bruised area herself. When she asked Martin how this had happened, he said he had fallen down. She told him that was hard to believe and repeatedly questioned him to get a different answer. He persisted for a while in saying he had fallen but eventually answered that his father had spanked him. When Kirsten asked for details, Martin said that he had been put in time-out before his father had spanked him. Martin later gave similar accounts in separate sessions with a sheriff’s deputy, a physician, and a child forensic interviewer.

Ned and Lydia both insisted Ned’s spanking on Sunday morning was quite moderate. Lydia’s description of the incident in her journal, written before anyone was suggesting that Ned had assaulted Martin, supported their account.

The most likely perpetrator, then, was Aaron. He had been alone with Martin both Monday and Tuesday. Perhaps he had reported the bruising to mask his own culpability. And he admitted he hated Ned.

I theorized Martin had acquired a false memory that Ned had spanked him brutally and so had caused the bruising. This memory was created by misleading questions from Aaron and Kirsten-perhaps innocently misleading in Kirsten’s case, but not in Aaron’s.

When I interviewed Martin, I found the boy, now five, anything but bashful. I was still asking warm-up questions about Martin’s life and interests when Martin volunteered that his daddy had spanked him. When I later turned to that subject, I first asked some of the questions the child forensic interviewer had asked, and I received similar answers. I then asked a question no one had asked before: “What did it sound like when your daddy was spanking you?”

Martin made a chomping sound to show me the sound of his daddy’s spanking him. As I asked for more of what it sounded like, Martin made a roaring sound and said it sounded “like a bear eating the whole body of a human.”

I continued to invite Martin to tell more, and Martin responded with additional improbable details of the spanking. Eventually he moved into unmistakable fantasy. He said that his father, “like Doorman,” a character in a story, had opened his own chest. Martin had then peered into his father’s chest cavity, he said, and had seen lungs, heart, and blood. Martin leaned forward and furrowed his brow in the interview, demonstrating to me how he had looked inside his father’s chest.

The interview made Martin worthless as a witness. Martin’s testimony was essential to the prosecution. The prosecutor therefore moved the court to dismiss the charge against Ned, and the court did so.