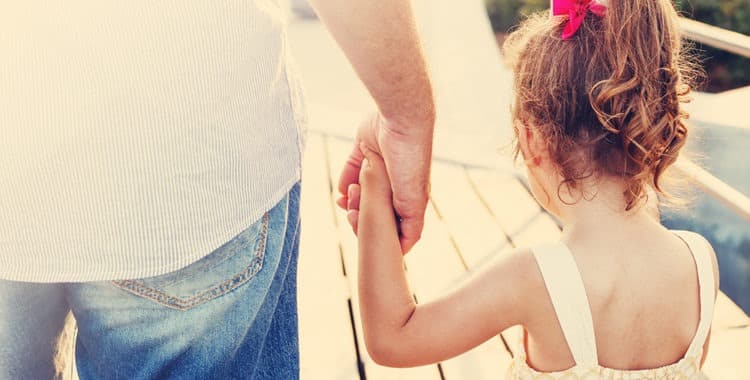 When interviewed by the defense, the daughter could not recount a single episode of abuse.

The accusation: That Clay would molest his daughter, Corinne, when she came to his house for visitation.

The charge: Two counts of Child Molestation in the First Degree.

The possible sentence: life in prison.

The defense David Marshall presented: When David interviewed Corinne, he elicited statements demonstrating the weakness of her memory. That afternoon, the prosecutor dismissed the case.

The result: dismissal before trial.

Many lawyers and other child interviewers do not require child witnesses to report episodes of abuse one at a time. This permits generalizations about abuse to substitute for particular memories. It deprives the defense lawyer of answers that can set up powerful cross-examination at trial. And sometimes, with a child like Corinne, it costs the accused a chance to win his case without a trial.

Years of suspicion led to charges a man had molested his young daughter. But with trial looming, the case was undone in a single afternoon because of my interview of the child.

When Clay and Jolene separated, Jolene did not allege anyone had sexually abused Corinne, their three-year-old daughter. She did allege Clay had spanked Corinne too hard—an allegation Clay denied—but she expressed no worry there had been sexual misconduct. Not then.

The couple had been married four years and lived in Washington’s Yakima Valley. Jolene worked as a bartender. Clay had had trouble finding steady employment, so when Corinne was born, Clay had taken on most of her care and the housework.

After the separation, Jolene moved to Eugene, Oregon, to live with her mother, Karen. Corinne divided her time between her parents’ homes, moving back and forth every two weeks.

Six months after separation, Jolene and Karen told Oregon’s child protection agency and Corinne’s Oregon pediatrician that Corinne had reported doing naked exercises with her father. They sought the pediatrician’s corroboration she had been molested. He could provide none.

A month later, Karen took Corinne to the pediatrician again, right after her return from a visit to Clay, and asked him to check her for signs of child sex abuse. He found none.

Jolene persuaded a court in Yakima to require Clay’s parents supervise his visits with Corinne until a guardian ad litem could investigate her suspicions. Clay’s parents were apple farmers. After the separation he had gone to work in their orchards and had moved to a house next to theirs. They could easily supervise the visits.

During the marriage, Jolene and Clay had both been casual about wearing clothes around the house. They also had had Corinne sleep in their bed, even though they sometimes slept nude. The guardian ad litem learned this and concluded Jolene had not been “totally forthright” about these details of their family life. The guardian ad litem found Corinne “had experienced genital touch” by her father, but also found it had been for wiping after using the toilet and “in the context of inappropriate sleeping” arrangements. She recommended that the divorce court give Clay liberal, unsupervised visitation, and the court did so.

A few months after the court acted, Jolene and Karen resumed visits to the pediatrician, with fresh reports that Corinne was reporting sexual abuse by her father when she visited him. The doctor found no medical signs of molestation. Again Oregon’s child protection agency interviewed Corinne, and again Corinne’s statements did not show molestation.

A few months later, Corinne entered kindergarten. Because she was now in school, she visited her father only on alternating weekends. Jolene and Clay would meet to transfer her on Fridays and Sundays of those weekends at the Columbia River. For each of them this meant about a six-hour round-trip drive on each of those days.

There were no reports of sex abuse to the pediatrician or to child protection workers during kindergarten or after Corinne’s two months with Clay the following summer. On the contrary, Jolene said Corinne had stopped reporting anything that sounded like sex abuse.

But that changed in March of Corinne’s first-grade year, just a couple of weeks after Jolene was in a car accident while delivering Corinne to Clay. Reports then to the pediatrician and Oregon’s child protection agency were followed by a trip in May to Yakima for Corinne to be interviewed by the child interviewing specialist at the Yakima County Prosecuting Attorney’s office. In that interview, Corinne said her father had been molesting her for more than a year. She said he would pull down her pants, she would pull them back up, and he would pull them down again. She said he would rub his finger on her private parts.

Once she told her father to stop, Corinne told the prosecutor’s interviewer, but he said, “No.” She then ran next door to her grandparents’ house and told them “he was doing it again.” She said they responded with anger and told her not to tell anyone about it.

Because this report alleged Clay’s parents were not supervising adequately, Clay’s visitation was cut off completely.

The prosecutor charged Clay with two counts of Child Molestation in the First Degree. He chose me to defend him.

Under the child hearsay statute, Corinne’s statements to the child interviewing specialist would likely be admitted at trial. So would Corinne’s statements to an Oregon therapist her mother had taken her to. According to the therapist, Corinne had several times, over years of therapy, reported apparent sexual touching by her father. Jolene and Karen’s testimony that Corinne had reported abuse to them would also likely be admitted. It appeared Clay could be convicted.

My Interview of the Child

Then came my interview of Corinne at the prosecutor’s office. We met in a conference room in the courthouse. Corinne and I were joined by the prosecutor who would try the case, an advocate appointed to assist Corinne, and a court reporter who took verbatim notes. At my request, we sat in circle away from the table in the room; I did not want the adversarial appearance of sitting across a table from Corinne.

As I was getting Corinne comfortable with talking me, she told me of an accident she’d had when she was ten months old. She remembered it, she said, because it had been painful. She also told me that her father had tried to kill her puppy, once by shooting it, and once by rocking onto it in a rocking chair. I asked whether her dad might have accidentally rocked onto the puppy. No, she answered; he was trying to kill it.

Corinne told me she wasn’t allowed to see her father because “he’s been touching me bad.” He had done that more than once, she said. I asked her to think about the last time he had touched her bad. “Just take a minute here and see if you can bring that to mind,” I said. After a pause I said, “Can you think of it?” She told me she could not.

In view of that, I asked Corinne to think of the first time he had touched her bad. After another pause, she said, “I can’t remember that one.”

“Can you remember any of the times your dad touched you bad?,” I asked.

No, she said, she could not. “My mind just went blank.”

I told Corinne we’d go on to some other questions and would come back to that subject later.

Over the next few minutes Corinne told me her father was “very, very, very, very sick” and needed help. She told me he never brushed his teeth, never bathed, and would leave dish washing and clothes washing to her when she visited, so she had to stay up until midnight doing them. Then she asked to use the toilet.

When Corinne and the advocate came back to the room, I again asked Corinne to think of the last time her father “touched [her] bad.” She closed her eyes to think. I waited.

I ended the interview a few minutes later.

The prosecutor knew the jury would hear that Corinne, after abundant opportunity to recall her father’s molestation, had told me she could not remember a single episode of it. He recognized it would be very difficult to persuade the jury, after it heard that, to find guilt proven beyond a reasonable doubt.

About an hour after my interview of Corinne, the prosecutor dismissed the case against Clay.

We won Clay’s case, not in trial, but with one remarkable interview.