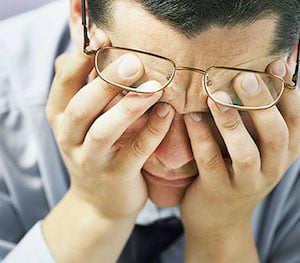 The common factor amongst the wide range of alleged acts that fall under this statute include an alleged victim who is at a disadvantage to the defendant. It’s important for a person accused of indecent liberties to understand the elements needed to prove guilt and an experienced attorney like those at The Marshall Defense Firm can get to know you and the facts of your case, giving you the best chance to successfully fight against these charges.

A charge of indecent liberties will always include some type of sexual contact, as defined by Washington State law. “Sexual contact” means any touching of the sexual or other intimate parts of a person done for the purpose of gratifying sexual desire of either party or a third party. This typically includes acts such as groping and fondling but not intercourse, which typically results in the more serious charge of rape. Additionally, the statute only applies to situations where the defendant and the alleged victim are not married to one another

Disability of the Alleged Victim

A person commits the offense of indecent liberties if they engage in sexual contact with a person who is deemed incapable of granting consent because of one or more of the following factors:

This mean the person either has either a persistent condition (or temporary condition at the time of the alleged assault) preventing them from understanding the nature of the conduct, or that they are physically helpless and cannot communicate their consent to the sexual contact.

Authority Over the Alleged Victim

There are several situations where a defendant may be charged with indecent liberties for using the authority associated with their position, rather than force or threat of force, to engage in sexual contact:

Note that in some of these situations—a health care treatment session, for example—it is no defense that both parties were adults who wanted the sexual contact. However, an affirmative defense exists if the client or patient consented to sexual contact while knowing that it was not for healthcare treatment. The ability to distinguish between these types of situations when tailoring a defense to the particular form of indecent liberties alleged is one of the reasons every case needs an experienced defense attorney who can bring insight and vigor to build a strong defense.

There are certain instances where a person is accused of compelling an alleged victim to engage in sexual contact, such as the threat or use of physical force. “Forcible compulsion” means physical force which overcomes resistance, or a threat, expressed or implied, that places a person in fear of death or physical injury to herself or himself or another person, or in fear that she or he or another person will be kidnapped.

What is the Punishment for Indecent Liberties?

The crime of indecent liberties is a class A felony if the perpetrator committed the act with forcible compulsion. This means an offender can receive as much as life in prison and a fine of up to c

Everyone convicted of indecent liberties is also required to register as a sex offender, which brings its own set of life-changing consequences (potentially for life).

Offenders are eligible to receive the Special Sex Offender Sentencing Alternative, which focuses on treatment. This usually includes a year in jail, but a few SSOSA offenders receive more than a year, and a few receive much less. Judges usually grant SSOSA sentences only to persons whose victims are minors.

A conviction for indecent liberties could also lead to future consequences outside of the criminal law. Civil lawsuits can lead to being required to compensate the victim for economic and non-economic damages, such as lost wages, medical bills (future and current), and loss of future income, in addition to compensation for pain and suffering, psychological injuries, and emotional scarring. Awards for psychological injuries sometimes exceed a million dollars.

Why You Should Choose The Marshall Defense Firm

Then there’s our experience. For decades we have defended those accused of sexual assaults. From that and our on-going study of the law, medicine, and psychology involved in these cases, we have exceptional skill.

If you or a loved one needs services like ours, contact us at 206.826.1400 or solutions@marshalldefense.com for an appointment.