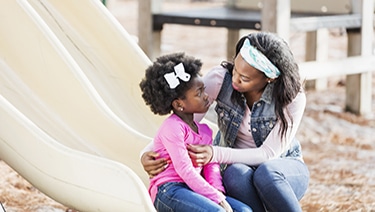 There are few crimes parents can be accused of committing that sound worse than child abuse. Such accusations may lead to criminal charges. They can also cause a person to lose custody of their children. Even if the claims are completely unfounded and a parent avoids being convicted of any crime, facing false allegations of child abuse can harm an individual’s reputation in the community and their career. It causes financial strain, too.

If you believe you may be accused of physically abusing a child, such as the crime known in Washington as Assault of a Child, or of another crime of domestic violence, or if you’re already facing an investigation by Child Protective Services (CPS), it is critical that you act fast and seek out a competent attorney. Being charged with domestic violence may feel overwhelming, but there are defenses, and The Marshall Defense Firm can help you find them. We are ready to defend you vigorously and creatively against any such charge. We have the skills needed to fight for you every step of the way, from the investigation, through hearings and, if necessary, in trial.

There are two different situations in which false child abuse allegations are made. In one situation, everyone has good intentions; the allegation may arise from a misunderstanding. In the other situation, the allegation is made maliciously, perhaps in an attempt to give one parent an edge over the other during a contentious divorce.

Sometimes false allegations of child abuse arise out of a neighbor or another parent at a playground overhearing a parent loudly scolding a child or spanking them for misbehaving. In the current era, where people are encouraged to report potentially abusive behavior out of an abundance of caution, these scenarios aren’t uncommon. Anyone can make an anonymous report (or a “referral,” in CPS’s lingo) to Child Protective Services. In Washington this will result in the agency making an assessment of whether to launch an investigation or handle it through a milder process known as Family Assessment Response (FAR).

Another major cause of people with good intentions issuing false allegations of child abuse or neglect is Washington’s law on mandatory reporting. Some professionals (known as mandated reporters) have legal obligations to report known or suspected instances of child abuse. Because they may face criminal penalties for failure to report, they are strongly motivated to report even when they doubt that abuse or neglect actually occurred. A failure to report can be a crime. The list of mandated reporters includes teachers and other school staff members, medical professionals, childcare providers, and law enforcement officers. This duty to report applies even when mandated reporters suspect child abuse is occurring within their own families.

Heated custody battles can result in false accusations of child or spousal abuse by one parent against the other. Even unwarranted accusations of domestic violence can have severe consequences during and after a divorce.

What If Someone Reported Me for Spanking My Child?

Parents or guardians may be concerned about whether they are at risk of being accused of child abuse if they choose to physically discipline their children. Regardless of how society may feel about the use of corporal punishment (such as spanking), it is a legally permissible form of discipline in Washington, although there are many limitations.

The right to physically discipline your child should not result in criminal charges for parents or guardians if:

Reasonable physical discipline is within your rights as a parent. The chapter of Washington law regarding child abuse expressly states there is no intent to interfere with parental rights to determine child-raising practices. This includes reasonable parental discipline that isn’t injurious to the child’s health, welfare, or safety. Furthermore, the parent-child relationship is protected by the U.S. Constitution. The Fourteenth Amendment protects “the liberty of parents and guardians to direct the upbringing and education of children under their control.”  The Supreme Court has held that “the interest of parents in the care, custody, and control of their children is perhaps the oldest of the fundamental liberty interests recognized.”

What is “Reasonable Discipline”?

Under Washington law, the physical discipline of a child doesn’t violate the law when it’s “reasonable and moderate”. The age, size, condition of the child, and the location of the injury are considered when determining whether bodily harm during physical discipline of a child is reasonable or moderate. Those guidelines might mean different things to different people so it’s helpful to understand some of the guidance the law does provide–since there isn’t a specific definition for what constitutes reasonable and moderate discipline.

The following list of actions are presumed to be unreasonable methods of disciplining or restraining a child under Washington law:

Consequences of Unreasonable Physical Discipline of a Child

Being accused of any of the abusive and unreasonable behaviors listed above could lead to a charge of Assault of a Child, which is a felony. Cases that involve spanking that leaves bruises most often lead to a less serious charge of Assault in the Fourth Degree, a gross misdemeanor.

How to Spank Without Getting In Trouble With The Law

At our firm, we advise parents who choose to spank their children to do so only with their hand—no paddle, belt, or other instrument. And spank only on the buttocks, where you are least likely to cause injury.

Our firm has extensive experience defending parents who are accused of physical abuse of a child. We have seen many parents accused criminally or by CPS of excessive spanking, and in every case, the parent had used something other than a hand to strike the blows.

It is critical to keep a cool head when using force to address your child’s misbehavior. Remember: spank only with your open hand and only on the buttocks.

Any allegations of child abuse can also trigger a Child Protective Services investigation. It is crucial to exercise caution when it comes to your use of physical discipline. Using reasonable and moderate force will not only ensure your child’s safety, but also help to prevent you from ending up in jail or on the radar of Child Protective Services.

How We Handle Your Defense

Respect and compassion are the foundation of our work. We take time to get to know you and your case. It’s where our fierce advocacy for you begins. Facing a child assault charge can be frightening. You need to be able to trust that your defense is in the right hands. The Marshall Defense Firm has the knowledge, skill, and expertise to present the strongest defense possible.

If there’s evidence of bruising or another injury, the government may present a physician’s opinion that it was caused by force that is outside the scope of what the law considers to be moderate and reasonable physical discipline. Frequently, this physician is certified in “child abuse medicine” and works on a child abuse medical team at a children’s hospital.

When we face a physician for the government, we look for a physician for the defense. It is often a difficult search because many physicians refuse to testify for anyone accused of a crime of this nature. We have strong connections around the country, though, and good relationships with some outstanding physicians who share our desire that the accused get a fair shake.

We will also examine the actions of the police or CPS workers investigating this allegation, and if any evidence against you was gathered by unconstitutional means, we will ask the judge to keep that evidence out of the trial.

We have defended many persons accused of excessive spanking and other forms of child assault. From that and our on-going study of the law, medicine, and psychology involved in these cases, we have exceptional skill. We also have a great deal of experience negotiating with prosecutors and may be able to negotiate an outcome that you prefer to running the risks of trial.

If you choose to take your case to trial, the lawyers of The Marshall Defense Firm are outstanding trial attorneys. Our final ingredient is relentless investigation and preparation. When we step into court to defend you, we are ready to do it well.

If you find yourself facing child abuse allegations in response to how you discipline your child, the Marshall Defense Firm is here to help. Our experienced, skilled team of defense attorneys would be happy to discuss the case with you. Please contact us at 206.826.1400 or solutions@marshalldefense.com to schedule a consultation.