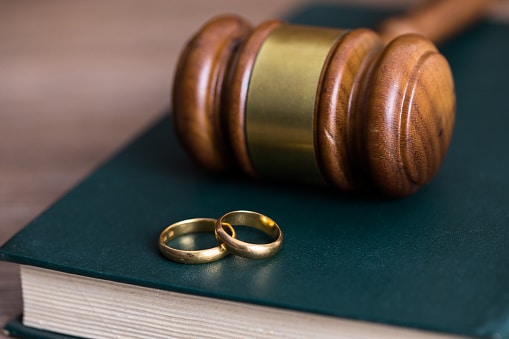 If you’ve been accused of domestic violence against your spouse or child during the process of a contentious divorce, regardless of whether the allegations are true, you will need to know what effects these accusations can have on your life. Knowing how certain claims can affect your rights can help you and your lawyer develop the best plan for confronting these allegations.

Can False Accusations of Domestic Violence Affect Me?

Heated custody battles can result in false accusations of child or spousal abuse by one parent against the other.  Even unwarranted accusations of domestic violence can have severe consequences during and after a divorce. They can also lead to criminal convictions with other long-term consequences. The accuser may think they will gain an advantage in a custody fight if the other parent is facing criminal charges. Other times, especially in a very acrimonious divorce, the accusing spouse may just want to inflict emotional pain on the accused spouse—a way of getting revenge for perceived mistreatment during the marriage.

In order to avoid the possibility that an angry, manipulative spouse will use false child abuse allegations to obtain custody, it’s best to try to resolve all divorce disputes as amicably as possible. But sometimes, we know, amicable divorce just isn’t possible. It does take two to tango.

The legal system has important protections for the accused in child abuse cases. An experienced attorney can help you understand legal consequences and navigate these challenges. If you find yourself facing allegations of criminal conduct in the context of a divorce, you will need both family law advice and criminal law advice—so you’ll need to consult two attorneys unless you find one who is expert in both these branches of the law.

What Are the Consequences of Being Accused of Domestic Violence During a Divorce?

In Washington, “domestic violence” is a label that can be attached to a variety of criminal offenses. When that happens and a person is convicted, the “DV” label enhances the penalty for the underlying crime. Being charged with domestic violence can lead to the creation of a criminal record, jail time, restricted visitation with your children, damage to your reputation, and losing your job.

The “domestic violence” label can be added to a number of different crimes (such as assault, trespass, or burglary) when they occur against a household member, family member, or a person with whom the accused has a dating relationship. Victims of domestic violence crimes have a number of remedies available. Some of the remedies are available even without the accused’s being convicted of a crime. For example, as soon as a charge is filed,  the court often issues a no-contact order, making it a crime for the accused to contact the complainant.

It’s important to note that even when domestic violence accusations arise only in the context of a child custody battle—with no criminal charges even filed–violating court orders can lead to criminal charges. For example, violating a protection order issued in the course of a divorce case is a gross misdemeanor.

Will a Domestic Violence Charge Cause Me to Forfeit Custody of My Children?

But even Washington parents with several episodes of domestic violence often get to spend some time with their children. That may come in the form of supervised visitation. This means one’s time with one’s children takes place under the supervision of a designated adult—sometimes a volunteer, such as a family member, and sometimes a professional visit supervisor. Supervised visitation and other restrictions on normal parenting are usually not permanent. They can be modified or removed if the parents can satisfy the court that the risk of future abuse is too small to justify depriving the child of a more normal relationship with the parent. (Remember, the court is to focus on “the best interest of the child.”)

What Is a Domestic Violence Protection Order?

If an estranged spouse or partner is willing to swear you committed an act of domestic violence, they can seek a DVPO. The courts make it easy to do this; no lawyer is needed for the accuser, who is known as the “petitioner.” In order to grant a domestic violence protection order, a court must find by “a preponderance of the evidence” (that is, that it’s more likely than not) that the accused (known as “the respondent”) caused “physical harm, bodily injury or assault,” or even simply “the infliction of fear of imminent physical harm, bodily injury or assault,” upon a family member, household member, or person in a dating relationship.

How Long Can a Domestic Violence Protection Order Last?

If a court decides the petitioner has made a plausible showing of domestic violence through a sworn petition, they will generally enter a temporary DVPO, good for two weeks. At the end of the two weeks the respondent has their opportunity to confront the accusation and present evidence in opposition to it at a court hearing. At the end of that hearing the court will decide either to replace the temporary DVPO with one that lasts at least a year, or to allow the temporary order to expire with no further DVPO imposed.

There are steps that need to be taken before that hearing, so if you find yourself under a temporary DVPO, facing a hearing, you should contact an attorney right away.

Any violation of a protection order is a crime, and anyone reported to have violated one may be taken to jail immediately. To avoid being at risk of going to jail because of a complaint that you violated a DVPO, it’s often a good idea to fight a petition for a protection order even when you have no desire to do the things the order would tell you not to do.

A protection order cannot order child support, order maintenance (alimony), assign most property to either party, or establish permanent child custody or use of the shared residence.

A DVPO can prevent you from any contact with the alleged victim and require participation in domestic violence treatment programs. Because “family members” is defined broadly, you don’t even have to be married to have a DVPO entered against you. In addition to ordering you not to threaten or hurt the person who sought the order, a DVPO can split up families by forcing you to temporarily give up custody of your children in favor of the other parent and can force you to obey a court-set schedule for visitation with your children below the age of 18. You may be ordered to stay out of the petitioner’s residence, even if it is also your normal residence. Courts may also grant the petitioner sole use of a vehicle or possession of other personal effects that you feel you need to have.

It’s important to consult an attorney about the particulars of your situation, someone who can help you understand your rights and who can defend you in court. The Marshall Defense Firm has a long history of representing parents and other persons accused of domestic violence, child abuse, and sexual assault. Please contact us now at 206.826.1400 or solutions@marshalldefense.com.