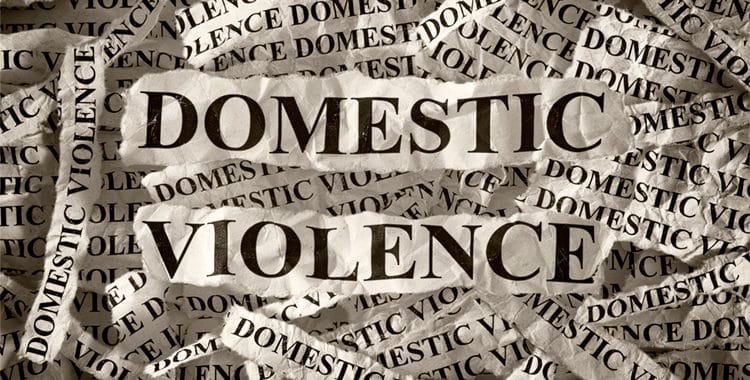 Last year, legislators in Washington began debating and making major changes to how the state handles domestic violence cases in the wake of the COVID-19 pandemic. This was kickstarted with the passage of HB 1320, which was aimed at “modernizing, harmonizing, and improving the efficacy and accessibility of laws concerning civil protection orders”. This bill was intended to harmonize protection orders in Washington by offering a single petition form that can be filed for any type of protection order, except an Extreme Risk Protection Order. It also revised laws regarding the surrender of weapons and firearms and made permanent pandemic-related accommodations to allow hearings to be conducted in person or remotely. Several sections of the bill went into effect last year on July 22, 2021. All remaining changes went into effect July 1, 2022.

The Evolving Definition of Domestic Violence

Washington has long offered a very broad interpretation of the term domestic violence. Previously, Washington law defined domestic violence as any physical harm, bodily injury, assault, or the infliction of the fear of physical harm, bodily injury, or assault, between members of the same household or family. It also included sexual assault by a family member, as well as stalking.

HB 1320 added additional terms that may fall under domestic violence, which included removing the requirement that infliction of fear or harm be imminent for domestic violence. It also added unlawful harassment, expanded the definition of “family or household member”, and lowered the age of “intimate partner” from 16 to 13. The bill also advises any “petitioner” (the person seeking a protection order) who is eligible for a Domestic Violence Protection Order to seek one, even if the alleged conduct more closely fits one of the other orders such as a Sexual Assault Protection (No-Contact) Order), Anti-harassment Protection Order (AHPO), or Stalking Protection Order (Stalking PO).

More Changes to Domestic Violence Law From the  2022 Legislature

During this last legislative session, Washington lawmakers made even more changes to what encompasses domestic violence under the law by passing the controversial SBH 1901, which was considered to be a “trailer bill” for the Protection Order Reform bill passed in 2021. At the height of concerns of many defense attorneys and domestic violence victim advocates alike is this bill’s addition of “coercive control” to the definition of domestic violence. This has created numerous questions about how coercive control will be implemented at the local jurisdiction level for DVPO’s. Other portions of the new law (which went into effect on June 8, 2022, 90 days after the end of the legislative session) were added with the intention of minimizing delays for implementing protection orders and making the system less complex overall. The bill also enabled comprehensive use of electronic filing, case tracking, and records management systems, while requiring courts to make publicly available in print and online information about their transfer procedures, court calendars, and judicial officer assignments. The state also allocated funds for providing judicial officers with additional training on handling protection orders and trauma-informed practices.

Concerns Raised Over the Definition of Coercive Control

As previously mentioned, SBH 1901 now enables judges to cite “coercive control” as a form of domestic violence that warrants issuance of a Domestic Violence Protection Order (DVPO). This is concerning because existing law already allowed them to consider allegations of the types of behavior that fall under coercive control, such as physical violence, harassment, and stalking (which are also already crimes).

Section 37 of SBH 1901 defines “coercive control” as “a pattern of behavior that is used to cause another to suffer physical, emotional, or psychological harm, and in purpose or effect unreasonably interferes with a person’s free will and personal liberty. In determining whether the interference is unreasonable, the court shall consider the context and impact of the pattern of behavior from the perspective of a similarly situated person.”

DVPO hearings already have too few opportunities to defend oneself. During hearings that often last less than half an hour, have no cross-examination, and are preceded by no discovery,, the respondent is hard pressed to show that the accusations against them do not meet the low threshold of proof by ‘a preponderance of the evidence’. SBH 1901 has the potential to lead to a significant increase in filings for domestic violence protection orders, leading to more disputes and litigation in courts that are already backlogged.

These orders carry serious consequences such as preventing you from communicating with your children or even accessing your home. A DVPO can order you to:

After a court has issued a “permanent” DVPO (one good for a year or more, not just the 14-day temporary order that precedes the respondent’s opportunity to respond), the respondent can file a motion asking the court to modify or terminate the DVPO. Such motions are often denied, though. And petitions to renew DVPO’s are often granted. To prevent renewal, the respondent must prove by a preponderance of the evidence that they are not likely to resume acts of domestic violence against the petitioner.

Other Changes to Domestic Violence Laws in Washington

HB 1678, an unprecedented law requiring the Washington State Patrol to create and maintain a central registry of ‘serious domestic violence offenders’ who have been convicted of a felony and/or multiple misdemeanor crimes of domestic violence, failed to make it out of the committee stage.

If you are facing allegations of domestic violence, the Marshall Defense Firm is here to help. It’s important to consult an attorney about the particulars of your situation, someone who can help you understand your rights and who can defend you in court. Our experienced, skilled defense attorneys would be happy to discuss the matter with you. Please contact us at 206.826.1400 or solutions@marshalldefense.com to schedule a consultation.