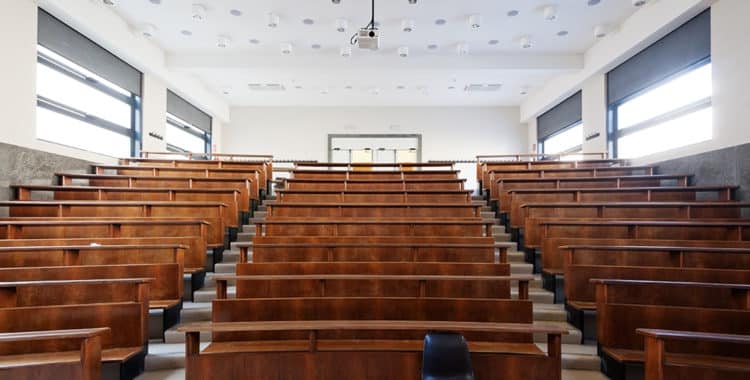 Title IX was created with the intention of protecting students from sex-based discrimination (which has been interpreted to include sexual harassment and sexual violence) in federally-funded education programs. The reality, though, is that Title IX doesn’t always protect innocent students. The lack of due process protections combined with a low standard of proof means that a false allegation can have devastating consequences for a student accused of wrongdoing, up to and including academic probation or even expulsion.

If you have been suspended or expelled under Title IX, you may be wondering what you can do about it.

Is there a right to appeal?

Maybe. The Department of Education leaves it to individual schools to determine whether there will be an opportunity to appeal the results of an investigation. A school has discretion to reserve a right of appeal for the accused student based on its evaluation of due process. In September 2017, the U.S. Department of Education Office for Civil Rights (OCR) published a set of questions and answers that provides information about how OCR will assess a school’s compliance with Title IX, and it includes a section on “Notice of Outcome and Appeals.” In a 2008 letter to Suffolk University Law School mentioned in the footnotes, OCR stated that “appeal rights are not necessarily required by Title IX.” But the letter added that “an accused student’s appeal rights are a standard component of University disciplinary processes in order to assure that the student is afforded due process before being removed from or otherwise disciplined by the University.”

If a school chooses to allow appeals from its decisions to discipline students, it may allow appeal solely by the accused party or by either party, the accuser or the accused. If it allows either party to appeal, its appeal procedures must be equally available to both parties. Under the Clery Act, a post-secondary institution must provide simultaneous notification of the appellate procedure, if one is available, to both parties. OCR has taken the position that it is permissible to allow an appeal only for the responding party because “he/she is the one who stands to suffer from any penalty imposed and should not be made to be tried twice for the same allegation.”

Most universities don’t have policies that allow a student to appeal a decision simply because they are dissatisfied with the result, but instead extend the option for specific types of challenges. For example, the respondent might allege that the hearing was not conducted fairly or that the sanctions imposed were unduly harsh. The University of Washington’s Sexual Violence Elimination Policy states that “the complainant and subject of the complaint will be concurrently informed in writing of the result of the investigation, the rationale for the result, and whether there is an option to appeal a result,” but the policy doesn’t explicitly identify the bases for an appeal. Seattle University, on the other hand, provides that grounds for appeal may include a significant procedural error, new information, substantially disproportionate sanctions, and an abuse of discretion on the part of the investigator.

Increasingly, students suspended or expelled under Title IX have been filing lawsuits against their schools. A 2017 Washington Post article reported that in 2016 about one due process lawsuit was filed each week by a student found by a campus tribunal to have committed a sexual assault that he or she denied. Save Our Sons regularly posts stories about falsely accused students who have filed lawsuits against their college and accusers, and Title IX For All maintains a legal database to track lawsuits by students or school employees who allege their schools violated their rights while investigating and adjudicating Title IX claims against them. The database tracks the lawsuits and also provides details about the schools being sued.

Although it’s unfortunate that you may have to file a lawsuit to get relief, the effort may pay off. The Washington Post article pointed out that universities often settled a lawsuit if the judge declined to grant their motion to dismiss the case. Although some students have received monetary settlements, “most only ask for what a university can easily give: an expungement of [their] disciplinary record.” Universities can concede this with almost no cost; thus, if your case is strong enough to survive a motion to dismiss, the school will probably consider a settlement offer that includes expungement.

If you are facing a Title IX investigation, the Marshall Defense Firm is here to help. Our experienced, skilled defense attorneys would be happy to discuss the matter with you. Please contact us at 206.826.1400 or solutions@marshalldefense.com to schedule a consultation.