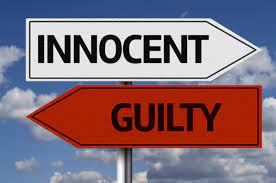 The Special Sex Offender Sentencing Alternative, often abbreviated SSOSA (and pronounced like the last name of a famous baseball hitter), was enacted by Washington’s legislature in 1984 and has undergone several revisions since.  This law was inspired partly by concern for victims’ wishes; one of the ideas behind SSOSA was that it would help child victims related to the offender by allowing alternatives to incarceration—in case the victim didn’t want their relative to serve a long prison term. It was also prompted by a desire to rehabilitate sex offenders. SSOSA allows an offender who has no prior convictions for a sex offense to submit a psychosexual evaluation to assist the court in determining whether the offender would be responsive to treatment and safe for treatment outside prison.

Although the law authorizes SSOSA for sex offenders regardless of the ages of their victims, SSOSA sentences are usually given in cases where all victims are minors. Securing a SSOSA sentence often requires vigorous and skilled advocacy; judges often refuse to grant them even to defendants who have favorable evaluations. This is true even though studies by the Washington State Institute for Public Policy have found SSOSA offenders to have one of the lowest recidivism rates for any kind of re-offending.

At the Marshall Defense Firm, we have 25 years of experience advocating for SSOSA for our clients who want it.

Who is Eligible for the Special Sex Offender Sentencing Alternative?

Not everyone who is accused of committing a sex offense in the State of Washington is eligible for the Special Sex Offender Sentencing Alternative. The offender must meet the following requirements in order to be eligible:

In cases where the defendant is not eligible for SSOSA, an experienced attorney may be able to use creative lawyering to work with the prosecutor to negotiate a sentence that mimics SSOSA. If the reason the defendant is not eligible is that the standard sentencing ranges is beyond 11 years (as is often the case in instances where child molestation occurred multiple times), the attorney may be able to convince the prosecutor to drop enough counts to make the defendant SSOSA-eligible.

For offenders under the age of 18, a similar program in available: the Special Sex Offender Disposition Alternative (SSODA), which was established as part of the 1990 Community Protection Act.

Is SSOSA Right for You?

SSOSA isn’t a fit for everyone who is eager to avoid the risks of trial. If you’re innocent, SSOSA isn’t for you, even if you are quite worried about putting your fate in the hands of a jury. To be eligible for SSOSA, you must enter a guilty plea and affirmatively admit that you committed all elements of the alleged offense. The purpose of seeking a SSOSA is to admit wrongdoing and find the best path towards rebuilding your life. In addition to being untruthful, It would be difficult, as well as dishonest, to try to fake one’s way through the evaluation required of those pursuing a SSOSA, and then the years of treatment required.

What You Need to Know About SSOSA Evaluations and Conditions

The purpose of the SSOSA evaluation is to determine whether an eligible offender suffers from sexual compulsion, needs and wants specialized treatment, and would pose a low or moderate risk to the community. A state-certified sex offender treatment provider conducts the evaluation, which is aimed at determining whether the SSOSA candidate:

The evaluator will typically ask questions about medical, sexual, and family history; education and employment; past substance abuse or treatment; and any criminal record or history of violence. In the past the evaluation usually included an extremely intrusive and intimate test known as penile plethysmography. This test involves placing a band around the penis to measure sexual stimulation in various situations by exposing the subject to audio or drawings of different types of sexual activity, such as consensual heterosexual sex or man-on-boy sex. This test, though, is no longer routinely used in SSOSA evaluations.

Your attorney for a SSOSA application should seek to win support from both the prosecutor and the victim’s family, since the legislature has given victims a large role in determining whether an offender’s SSOSA application will be granted. Even if you receive a favorable evaluation, the judge has the final say in whether a SSOSA is granted, and if they grant a SSOSA over the victim’s objections, the law requires the judge to formally state the reasons for doing so in writing.

If SSOSA is granted, it almost always includes a period of jail time to serve (up to 12 months). The judge will also announce a suspended prison sentence, which means that if the SSOSA is revoked at any time, you will automatically go to prison to serve this sentence. The length of the prison term is often at the top of the standard sentencing range in order to encourage compliance with treatment and other conditions of the SSOSA.

After the offender’s release from jail, the Department of Corrections continues to supervise them offender. They must:

SSOSA treatment is provided by state-certified Sex Offender Treatment Providers (generally at the expense of the offender) for as long as five years.

The court must conduct a hearing on the offender’s progress in treatment at least once a year. Victims have the opportunity to attend these and provide statements to the court on the offender’s progress. In Washington, “Community Custody” is akin to probation and parole. During the hearing, the court has the opportunity to modify conditions of community custody, which are behavior prohibitions related to the crime that are handed down at the time of sentencing.

At the end of the prescribed treatment period, the court will hold a termination hearing. Before the hearing, both the treatment provider and the community corrections officer (akin to a probation officer) must submit reports to the court about the offender’s compliance with treatment and monitoring requirements, along with recommendations for treatment termination and proposed community custody conditions (probationary conditions).

At the termination hearing, taking all this information into consideration, the court may:

Life After a SSOSA Sentence

Once you have completed your SSOSA sentence, there may be other requirements with which you must comply. Principally, you must be aware of your duty to register as a sex offender, which will begin immediately, not after SSOSA, and is independent of SSOSA. In Washington State, sex offender registry is handled at the county level, and you will need to register with the sheriff’s department in the counties where you live, work, or attend school.

If you or someone you know is accused of sexual misconduct, contact The Marshall Defense Firm at 206-826-1400 or solutions@marshalldefense.com. Whether trial, SSOSA, or another route is the one our client wants, we are ready to fight for them.