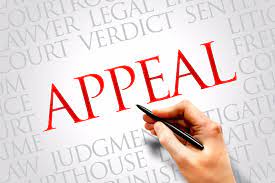 A conviction for a sex crime, child abuse, or domestic violence can feel like a devastating blow, especially after you’ve given your all in a difficult legal battle. It’s important for people who have been accused of a crime to find a skilled criminal defense attorney who will do everything in their power to win the first trial. But if you have been convicted of a crime, you have the option of an appeal, or of seeking release from prison through a personal restraint petition (also known as habeas corpus).

The Marshall Defense Firm is experienced in all forms of post-conviction relief and has been successful in getting trial court errors reversed. We’ve handled cases for clients who maintained their innocence but hired attorneys who made mistakes we were able to rectify, reversed Washington Child Protective Service determinations, helped overturn Title IX decisions at Washington colleges and universities, and more. We will work on your behalf to ensure that your rights are defended and to advocate for mistaken verdicts to be reversed.

In Washington, an appeal from a trial court conviction will go first to one of the three divisions of the Washington Court of Appeals. Division I (Seattle), II (Tacoma), or III (Spokane), depending on the county where you were convicted. Whichever party loses in the Court of Appeals can then seek review in the Supreme Court of Washington (but the supreme court only chooses to review a small number of cases per year).

Appeals from federal district court (where federal trials are held) follow a similar route. First, they go to the Ninth Circuit Court of Appeals (which covers the Far West) and then, potentially, to the U.S. Supreme Court.

On the other hand, if you have been subject to an unfavorable administrative decision, for example, a finding of abuse by Child Protection Services, your appeal will go first to administrative judges within the Office of Administrative Hearings. From OAH your case can be appealed to a court.

In state, federal and administrative courts, the deadlines for filing an appeal are rigorously enforced. If you are considering appealing, do not delay getting legal advice. If you miss the deadline, you may lose your rights to appeal forever. Generally, appeals must be filed within ten days of judgment in federal court and within 30 days of judgment in state court. An appeal of a CPS finding also has a 30-day time limit.

One has longer to assemble the arguments for the court of appeals; it is only the simple notice of appeal that must be filed within 30 days. If you change your mind and decide not to appeal, you can always withdraw the notice.

Is An Appeal a Do-over of a Trial?

No! Not unless you win the appeal, and the appellate court awards you a new trial .

An appeal functions much differently from a trial. A trial court (either a jury or a judge acting without a jury) hears testimony and looks at other evidence. Then the court decides which testimony and other evidence is the most believable, and it decides the case accordingly.

Courts of appeal don’t receive evidence. They usually don’t even have witness stands in their courtrooms. Courts of appeal generally just decide whether the trial judge ran the trial according to law. They generally don’t consider whether the side that won the trial was the one that should have won. You can think of this more as a performance review provided by a boss (the court of appeals) reviewing the work of a subordinate (the trial judge) for diligence and competence.

Rather than considering whether it would have decided the same way the jury at trial did, the court of appeals will review transcripts of the trial and the documents attorneys filed in the trial court to see whether the trial was conducted properly. Then they will decide whether you received a fair trial under the law. If the court of appeals decides you did not get a fair trial, it may order that you be granted a new trial, which would take place back at the county level.

Some of the issues that sometimes lead to success on appeal include:

In addition to having the right to an appeal, any individual convicted of a crime in a Washington state court has the right to challenge their conviction through a Personal Restraint Petition, often referred to as a PRP. This allows a convicted person to argue their conviction or sentence is unlawful by filing a petition to show they are under some form of restraint that is unlawful.

Unlike direct appeals, a PRP may be filed within one year from the date the conviction becomes final—the date on which direct appeals conclude. This process also differs from appeals by allowing the convicted person and their attorney to present new evidence.

A PRP is a broader remedy than an appeal, as it can apply to any type of official restraint (for example, involuntary confinement to a mental institution or treatment facility). It is often used in criminal cases, though, by someone whose conviction was obtained unconstitutionally or otherwise illegally, or where new evidence has emerged to show innocence.

A person’s restraint may be “unlawful” for any one of the following reasons:

Should I Get a New Attorney to File My Appeal or PRP?

Many attorneys don’t handle appeals or PRPs at all. Even if your trial attorney does do appellate work, you should consider whether you want them to examine their own work for errors. It often would create a conflict of interest for the trial attorney to handle an appeal in which alleged errors they made were central to the appeal.

The Marshall Defense Firm brings ingenuity, experience, insight, and hard work to appeals and PRPs . First, we study the record thoroughly, examining both the trial and all the proceedings before trial, searching for errors. Then we research the relevant law, to see which of the errors we’ve found can be developed into a powerful argument to reverse the conviction.

In a PRP, we have the opportunity to present new evidence. That means we investigate the case afresh, often interviewing witnesses and engaging scientists to study the case and offer expert opinions. We seek second opinions on the opinions of the prosecutor’s experts. Sometimes defense trial attorneys do not contact experts  who are knowledgeable about the science at issue in a case, and, when we contact such experts after conviction, we discover that the State’s experts’ opinions could be disputed. A defense lawyer won’t know whether those opinions could be disputed without consulting other experts—experts who aren’t aligned with prosecutors.

When we discover mistakes made by the previous attorney who handled your case and we can argue that you received ineffective assistance of counsel at trial, we will ask the attorney to sign an affidavit acknowledging these errors.

Respect and compassion are the foundation of our work. It’s where our fierce advocacy for you begins.

Our attorneys are careful and creative. We have decades of experience writing briefs and making oral argument. We commonly conduct a “moot court” before an oral argument—a rehearsal with other lawyers playing the roles of the appellate court judges, testing our attorney’s readiness to answer likely questions. We also diligently prepare witnesses to testify. Sometimes a witness in a serious case may be nervous or appear to not be credible because they’ve never faced cross-examination. Our approach is to hCelp witnesses tell the truth powerfully by providing an idea of what types of questions they should expect.

Our final ingredient is relentless preparation. When we step into court to argue your appeal or PRP, we are ready to do it well. If you or a loved one needs services like ours, contact us at 206.826.1400 or solutions@marshalldefense.com for an appointment.